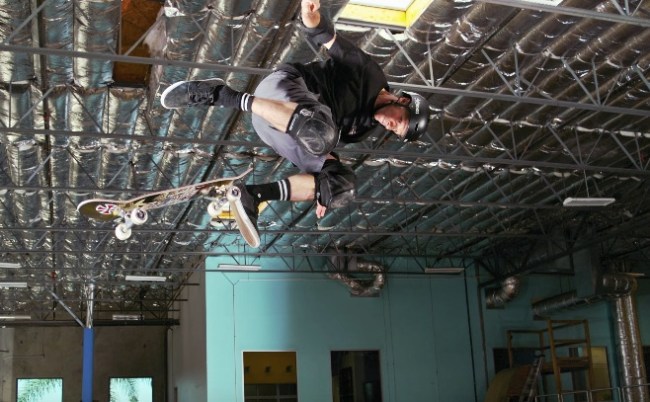 Tony Hawk has and will forever be the G.O.A.T. of skateboarding. Sure, there have been other greats in the sport but none have reached the level of fame that Tony Hawk achieved by pushing the sport further than anyone could’ve ever imagined.

We don’t see Tony Hawk on TV nearly as much as we used to but with 3.2 million Instagram followers and a sizable following on other social media platforms, Tony is still pretty damn relevant in the sport of skateboarding. Recently, he teamed up with the two dudes who comprise The Slow Mo Guys on YouTube to film the ultimate skateboarding clip using their high-speed 4K camera. The ensuing footage might be some of the best skating footage you’re ever going to see so you might want to watch this a few times and really let it sink in:

You have to appreciate the thought that went into the choosing of this trick. I’m a bit of a Tony Hawk: Pro Skater 2 expert. At least I was at one point in life. And if I was the stunt coordinator on this trick I would’ve gone with something a lot flashier whereas Tony’s the true expert and chose a trick he knew would look sick when filmed in slow-mo HD using the 4K camera.