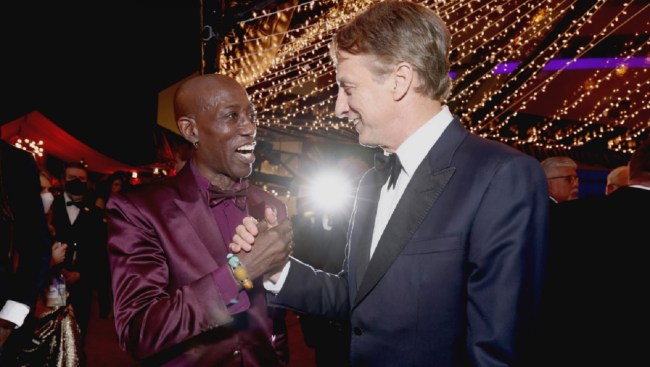 Tony Hawk is very much aware of the Internet meme involving him and Wesley Snipes.

Back in 2018, a meme went viral depicting an emotional Snipes from the movie’New Jack City’ holding up a gun getting ready to kill his close friend with the caption “when the race war is happening and I gotta kill Tony Hawk.” Hawk initially commented, “I appreciate the hesitation” in response to the meme.

Both Snipes and Hawk were in attendance at Sunday’s Oscars and took a picture together which went viral when Hawk posted it on his Twitter account.

I was spared. Life is good. pic.twitter.com/R2KzIyvIfi