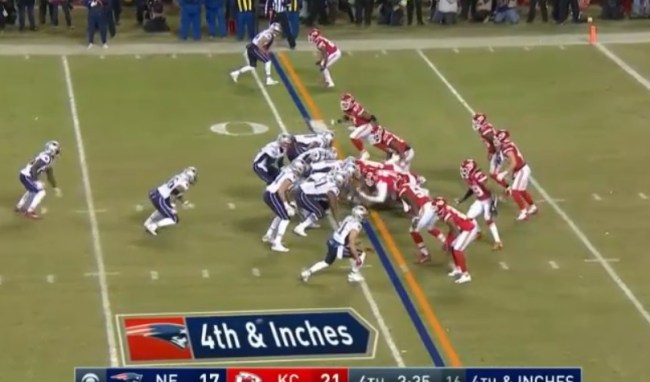 Tony Romo has only been calling games for a few seasons but it seems like he’s already the GOAT play-by-play guy.

During today’s AFC championship game Romo was in top form calling plays before they happened.

Here’s Romo calling the exact play the Patriots were going to run immediately after seeing Brady’s hand signals at the line of scrimmage.

and here’s Romo predicting the Pats were going to throw ball Gronk’s way before it happened.

Of course the Internet was impressed with Romo’s play calling abilities.

How does Romo know exactly what’s coming and none of 11 defenders do?

How unbelievably great is Romo? Nailed every aspect of that play.

Tony Romo either really knows football or he has a headset that is listening in on the plays being called.

Tony Romo saying exactly what the play was going to be >>>

The next CBA needs to have money set aside for cloning technology so that Tony Romo can call every NFL game.

If @tonyromo ever tells you tomorrow is your last day on Earth, you best get your affairs in order.