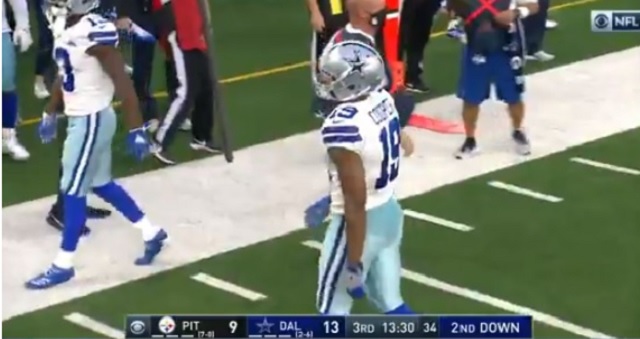 The Internet had some questions about Tony Romo’s commentary during today’s Cowboys-Steelers game.

In the third quarter of the game, social media was convinced Romo made a stage comment about Cowboys wide receiver Amari Cooper’s butt.

Tony Romo wants you to see that juicy ass 🤨

Did I just hear Tony Romo say “Look at that juicy ass” while the camera was panning across Amari Cooper?

While it does sound that he said “juicy ass” apparently Romo was saying “juice he has”.

Juicy ass or juice he has💀💀 cmon tony https://t.co/3fgeWCfnW8