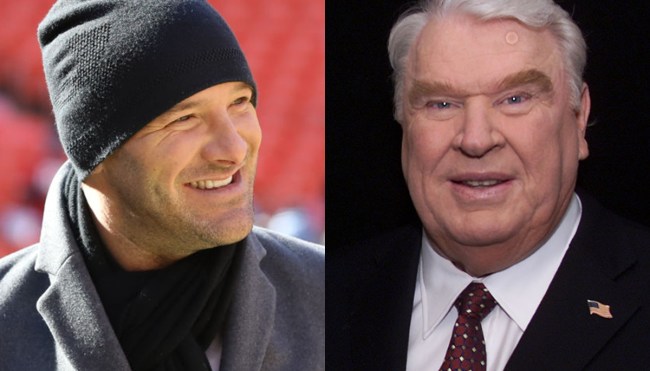 Tony Romo was in the booth for an exciting matchup between the Cincinnati Bengals and Kansas City Chiefs. The game ended in a 34-31 Cincy win, helping the Bengals secure their first AFC North title in six seasons. Joe Burrow was one of the reasons for that victory as the signal caller tossed four touchdowns and threw for 446 yards.

One of those touchdowns was a 72-yard strike to teammate Ja’Marr Chase that got the Bengals on the board in the first quarter. Check out Romo’s hilarious call to the play below.

In the call, Romo turns to his RomoVision drawing board to show just how the play developed. A few loops, squiggly lines, and video game sounds later and we were left with an obvious homage to the late, great John Madden.

Madden was one of the most recognizable names in the NFL between his time as a coach, his career as a commentator, and the wildly successful Madden Football franchise. While in the booth, Madden was famous for turning to his drawing board to inform viewers of what was happening in each play.

Prior to the game’s start, Romo and Jim Nantz paid tribute to the Hall of Famer with a heartfelt video.

"He was a gentle giant… You wanted to sit and listen to him and be in his presence."

John Madden was a legend in the booth throughout his lengthy career. Romo is doing his best to follow in those footsteps.