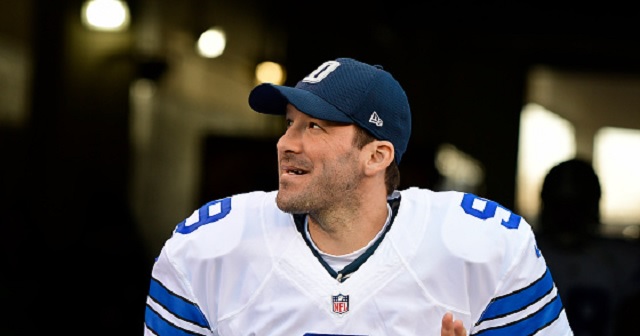 According to NFL’com’s Ian Rapoport, CBS is eyeing Romo to replace the much hated Phil Simms in the broadcast booth.

One tidbit on #Cowboys QB Tony Romo: CBS is eyeing him as a potential replacement for Phil Simms in the booth. A big-time opportunity looms.

Romo is currently in limbo while he waits to be released by the Cowboys.

I’m all for the change at CBS considering Phil Simms absolutely sucks and anyone, including Tony Romo would probably be an upgrade in the booth.