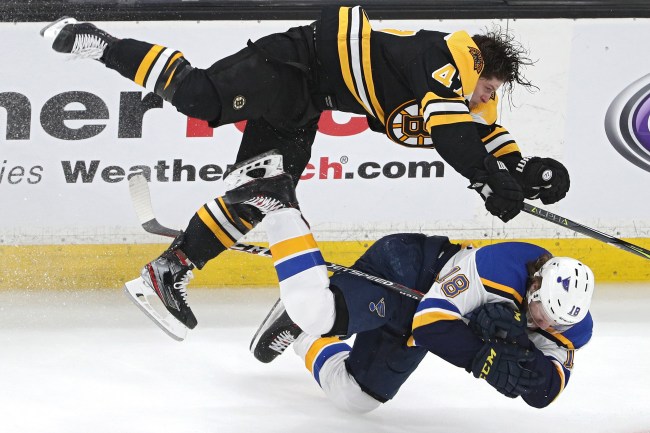 In a wild turn of events, Kyrie Irving is expected to team up with Kevin Durant and DeAndre Jordan to join the Brooklyn Nets this summer. The departure comes nearly nine months after Irving infamously told Celtics season ticket holders, “If you guys will have me back, I plan on re-signing here.” The NBA is a fickle beast.

Bruins defenseman Torey Krug, who has one year remaining on his current contract before becoming an unrestricted free agent next summer, wasn’t deterred by how quickly things can change in professional sports. He told Matt Porter of The Boston Globe:

The 28-year-old Krug did a lot to gain points with the chowdaheads of Boston by subtly bashing the biggest disappointment in Boston sports since that guy who murdered several people.

Celtics fans took this opportunity to re-visit the original post from the official Celtics Twitter account that was posted on October 4, 2018 to reflect on how everything went to shit.

It will be interesting to see if Kyrie’s mood changes at all given all the spirituality bullshit he’s doing this offseason. As a Celtics fan myself, if Kyrie turns into a leader as a Brooklyn Net and Kemba doesn’t show out next season, it may just break me.