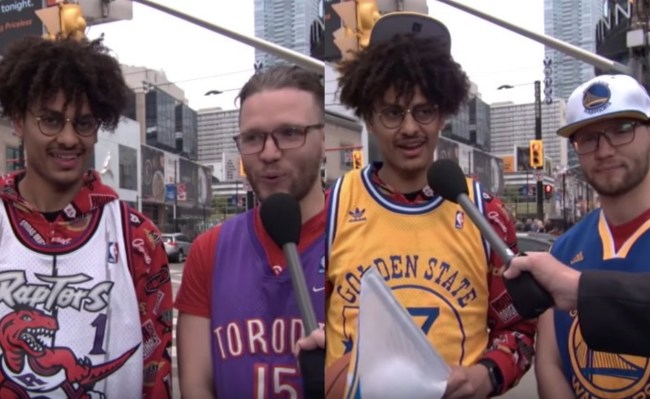 Prior to Game 5 in Toronto, the Jimmy Kimmel Live crew took to the streets. The plan was to troll some Raptors fans. What ended up happening? The Raptors fans trolled the absolute shit out of themselves.

Each segment started with the team asking the diehard Toronto superfans about how stoked they were the Raptors were in the NBA Finals, the first time a team from Canada has made it. The fans were all ‘WOOOOOO, RAPTORS, FUCK YEAH!!!’ or something like that.

Then, the ABC crew hit them with ‘will you take off your Raptors gear, put on this Golden State jersey, and root for the Warriors’ so they could introduce them in a TV segment. 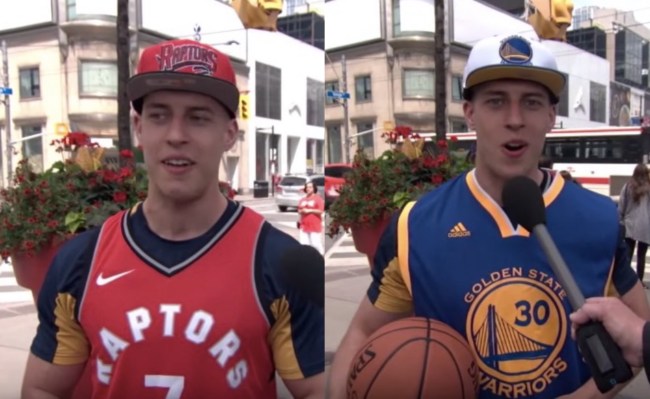 What happened next was unreal. One dude even took off his Raptors jersey, put on a Warriors hat and jersey, and then talked about how ‘loyalty is everything’. I’m in complete and utter disbelief:

I’d just like to acknowledge that Jimmy Kimmel has been killing it so far during the NBA Finals. His guests have all been A-Listers and these ‘man on the street’ segments have been straight fire.

He did one last week where they tried to get Canadians to trash talk Golden State and it was PURE Canada with everyone refusing to say anything mean about the opposition.

I cannot imagine being that nice. It just doesn’t compute to my brain that’s been hardwired as an American sports fan.