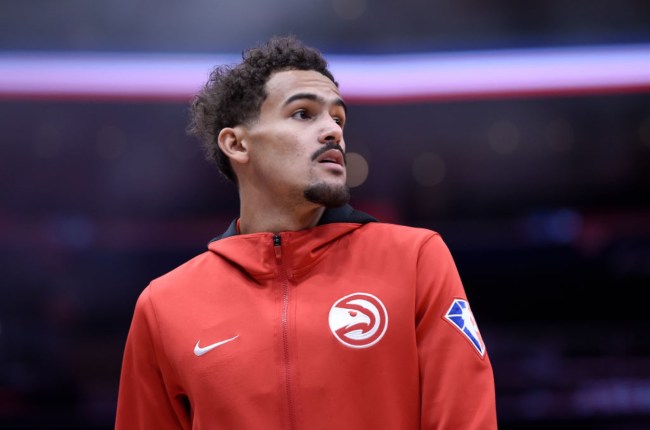 Trae Young saw that an Atlanta Hawks beat reporter called someone broke on Twitter and decided to step in and take a shot at the reporter himself.

Chris Kirschner covers the Hawks for The Athletic, which is a paywalled sports site. Kirschner shared a story he wrote about Atlanta’s defense struggling this season. No harm, no foul there, but then things got heated in the replies.

A Hawks fan pointed out that three of the team’s best defenders have missed a significant amount of time this season. Kirschner called out the fan for not reading the story and then tried to make fun of them by questioning if they didn’t have any reading comprehension skills.

The fan admitted that they didn’t read the article because they weren’t going to pay for an Athletic subscription. Kirschner doubled down in making fun of the fan and called them “broke.” Young didn’t appreciate that comment too much.

And no, I'm not paying to read this lmfao pic.twitter.com/bCm0YIYaRX

Cool. Say you’re broke and continue about your day

Young quoted Kirschner’s quote tweet and called him out for it.

Smh, who says this?!? I ain’t buying that article.. what that make me?!🤔🤡 #NextQuestion https://t.co/iRiLMiKicQ

Young’s tweet has over 28,000 likes and thousands of replies calling out the reporter.

Maybe Kirschner is still in a bad mood from the October report about The Athletic blowing through almost $100 million in 2019 and 2020. Good news for him, though, as The Athletic is expected to finally see a profit in 2023.