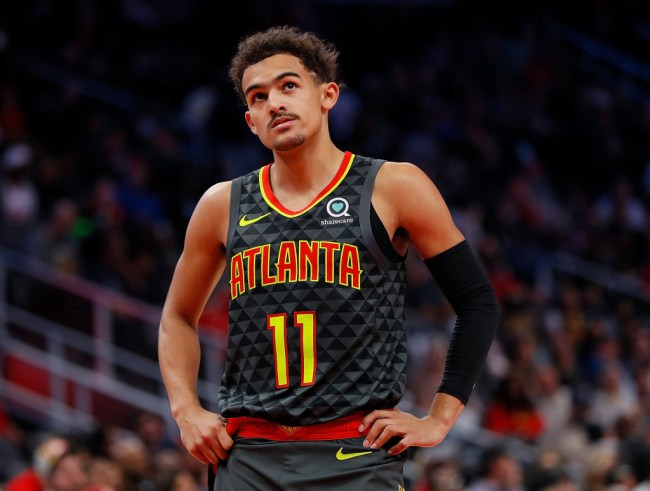 The Hawks came into Tuesday night’s contest against the Heat sporting a 5-17 record and the powers that be listed the 17-5 Miami squad as 8.5-point favorites, so it goes without saying that Atlanta had plenty of work on its hands if it wanted to come away with a win.

The Heat got off to an early lead in what would turn out to be a back-and-forth battle, and by the time the fourth quarter rolled around, the Hawks had managed to gain an edge and found themselves up by six points with a minute remaining after Trae Young set Alex Len up for a dunk—a score that prompted the point guard to declare “It’s over.”

Unfortunately for Young, this was decidedly not the case, as the Heat would end up hitting a couple of threes in the next 60 seconds to tie the game before the end of regulation on their way to scoring 22 unanswered points and notching a 135-121 victory in overtime.

After things wrapped up, Jimmy Butler decided to have a little bit of fun at Young’s expense when he hopped on Instagram and mocked him for being about as prophetic as the guy who told you Bitcoin had nowhere to go but up when he told you to buy some at $20K.

Young, on the other hand, took to Twitter to acknowledge his ill-advised declaration.