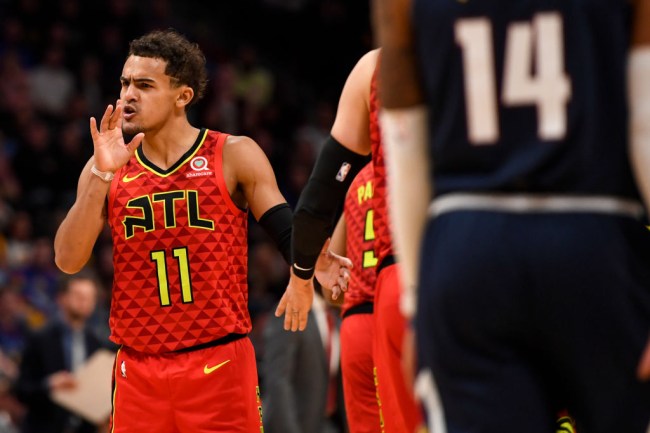 In case you didn’t know, we humans are opinionated and really enjoy arguing and debating about things. One thing we all love to argue about is ‘the best’ in literally every single category imaginable. Whether it be the best movie ever, the best TV show ever, the best restaurant, whatever it may be, we argue and we’ll continue to argue until an asteroid really does wipe us all out.

When it comes to sports, one of the most dangerous topics of discussions is personal lists.

Trae Young decided to do a Q&A on Twitter while the world continues to social distance and quarantine inside and revealed his personal list of the Top 5 NBA players of all-time.

As you can see, it’s a…unique list of names.

His Top 3 is perfectly fine when it comes to names, but, obviously, most people would argue that Michael Jordan deserves the No. 1 spot. I think it’s worth pointing out that Young is just 21-years-old and was born in 1998, so he likely has no memory of watching Jordan at all seeing as how he was five-years-old when Jordan retired in 2003.

The No. 3 spot is exactly where a lot of people would rank Kobe Bryant, but then the list takes a very bold turn with Kevin Durant and Steve Nash taking the fourth and fifth spots.

Durant is a freakishly impressive athlete and owner of two NBA Championship rings, but putting him on a Top 5 of all-time list right now is just a horrible, horrible take.

As for Nash making the cut, Young may very well be the only person outside of Canada to have him on their Top 5 list, but he was quick to point out that Nash is his hero.