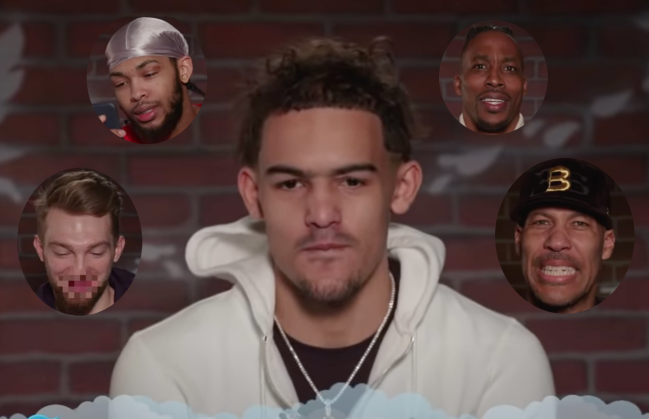 The NBA is a perfect microcosm of this epidemic—Marv Albert’s been wearing a rug since plumbers were shooting underhand on peach baskets, both KD and LeBron look like a hair farted on the center of their scalp and the rest are scattering, and Trae Young’s hair is thinner than Brandon Ingram and kind of resembles the tumbleweed at the beginning of The Big Lebowski.

Hey, worse problems to have.

But hair-shame while you still can, because when 2025 rolls around, the bald(ing) will unionize and take to the streets.

Lavar Ball: “If Lavar Ball is such a big baller, why can’t he afford a tooth brush”

Grant Hill: “Grant Hill annoys me when he talks…put your eye brows down. He looks like he is surprising himself for what he’s saying.”

Kemba Walker: “Kemba actually leads all guards in charges drawn two of the last three years My working theory is that he is so short they simply do not see him”

Kyle Lowry: “Kyle Lowry look like a ‘where’s my hug’ type of dude”

Dwight Howard: “Dwight Howard looks like a sound cloud rapper who offers you albums at the gas station you avoid.”

Ja Morant: “Ja Morant looks like a guy who would bench-press just the bar”

Trae Young: “I like trae young but his hair looks like a lollipop that got dropped on the carpet.”

Check out other Mean Tweets here.