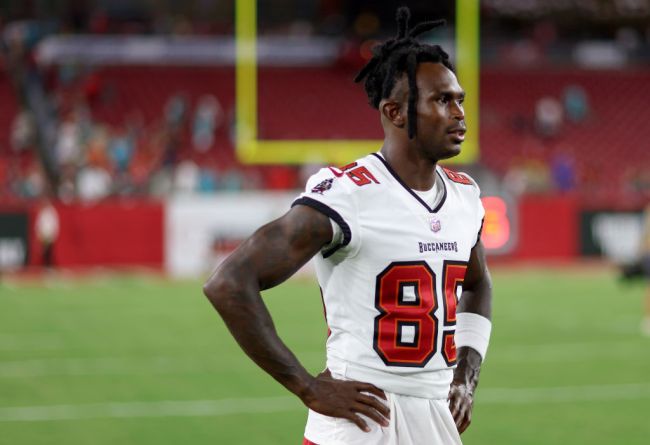 The past couple of years have been tough for Julio Jones. He has struggled to stay on the field due to injuries and his numbers suffered last season even when he was available. He even ended up being released by the Titans this offseason despite their limited options at the position.

Jones remained available for a surprisingly long time during free agency, but when he finally did find a new team, fans had hope that the Julio Jones they were used to would have a chance to make his return.

Teaming up with Tom Brady on a Buccaneers team that would have plenty of talented receivers to draw defensive attention away from Jones seemed like a perfect situation.

However, today a video from the Bucs’ latest practice with the Titans has raised some concerns about what he has left in the tank. The video shows Jones running a route one of the Titans’ corners, looking a bit slow, and struggling to create any separation.

This is, of course, just one video coming out of training, but it’s certainly not a great look for a 33-year old receiver looking to return to top form after a couple of injury-riddled season.

If separation proves to be an issue for Jones during the season, he will have plenty of competition for targets that Brady can throw to. If this doesn’t end up being indicative of what Jones can still do, then he could have a very successful season with the Bucs.

We’ll learn for sure what to expect from Jones this season when the Buccaneers take on the Cowboys in Week 1, but if the version of Jones we see in that game looks anything like this video, the Bucs could quickly end up turning to Russell Gage as their WR3 this season.