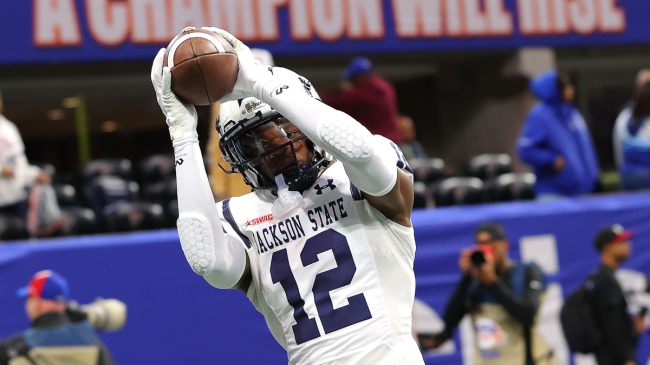 Travis Hunter has officially kicked off his (second) college recruiting tour. The former No. 1 overall prospect committed to Florida State as a high school senior before famously flipping to play for Deion Sanders at Jackson State on signing day.

Hunter pumped the breaks on those rumors in a segment posted to his YouTube channel, saying that he’s still not sure where he’ll end up for the next chapter of his career. But it certainly seems as though the Buffs will be a strong player when it comes down to a decision.

The versatile athlete was spotted at Top Golf in Colorado alongside QB Shedeur Sanders this week. The sighting has fans believing that he’s Boulder-bound.

One fan commented, “Deion is getting whoever he wants,” while another sarcastically said, “Travis Hunter in Colorado, I’m shocked.”

Hunter’s recruitment has been top of mind for all football fans, including Lil Wayne, who shouted the playmaker out during Monday Night Football’s Manningcast broadcast.

While Colorado may be the leader in the clubhouse to land the defensive back’s services, major Division I programs like Georgia, USC, and Miami have been linked to his recruitment, too. Hunter has direct ties to both the Peach and Sunshine States, though he’s said he wants to go to a program where he can play both offense and defense.

He was able to do so under Deion Sanders at Jackson State, and Colorado may give Travis Hunter the best opportunity to do so at the FBS level. His recruitment is far from over, but it’s definitely a good sign for the Buffaloes in potentially landing the nation’s top transfer.