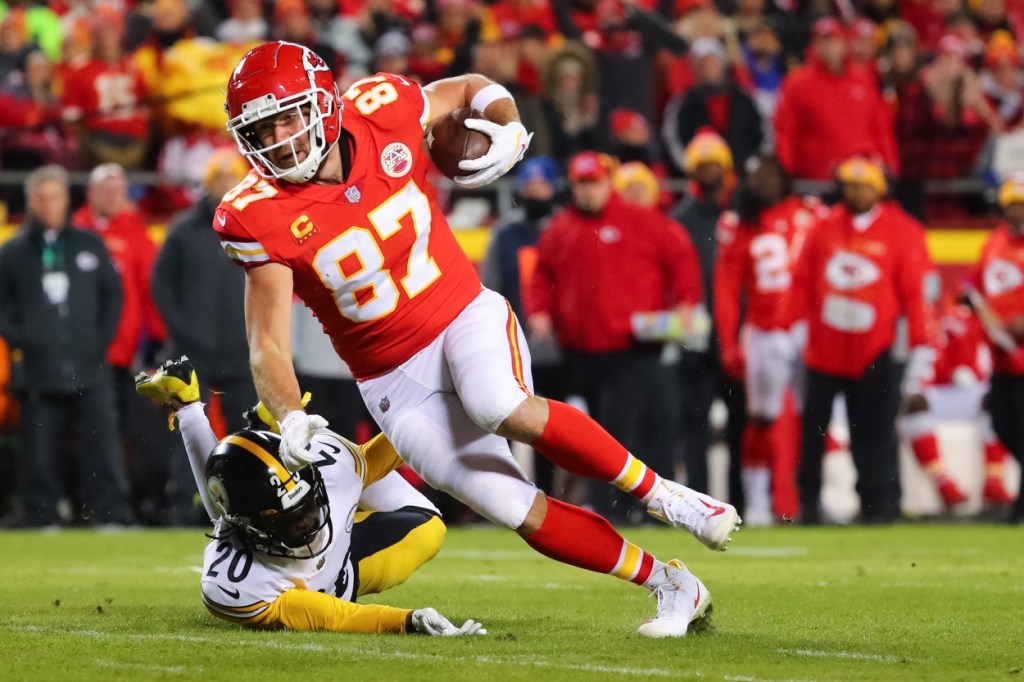 Kansas City Chiefs tight end Travis Kelce threw his first touchdown in the NFL on Sunday as the Chiefs demolished Ben Roethlisberger and the Pittsburgh Steelers. Travis Kelce’s mom had a LOT better night than morning and she also had the longest day of any NFL mom in the business.

Donna Kelce started her day in Tampa watching her son Jason Kelce who plays Center for the Philadelphia Eagles lose to the defending Super Bowl champion Tampa Bay Buccaneers. She then hopped on a plane and flew straight to Kansas City to watch her other son, Travis Kelce, beat the Steelers.

After the game, Donna Kelce surprised her son Travis in the post-game press conference where they shared a nice moment talking about his first NFL touchdown at QB.

The full exchange with Travis Kelce and his mom, Donna. #Chiefs pic.twitter.com/lx5t3Eb7Gf

For anyone out there thinking that Donna Kelce was only able to see both of her sons play NFL games on Sunday because of private jets, she actually flew commercial. The NFL shared tweets from her busy day and we saw her packed into a busy (delayed) flight that got her to the Kansas City game after the first quarter had started.

First up, Tampa Bay to see Jason and the @Eagles! @dkelce1 pic.twitter.com/qMVR0mSh7n

One game down, one to go. Headed to the airport! pic.twitter.com/5wUS3vVD9B

The mayor of Kansas City chimed in with an offer to help her get to the game faster.

I ride with @kcpolice to games (and everywhere). I’m happy to swing by the airport to pick up Mama Kelce. We need her in the house! https://t.co/HbdF8y8byT

Travis Kelce finished the game 1/1 for 2 yards and a TD at quarterback and he had 108 receiving yards (5 receptions) for another touchdown.