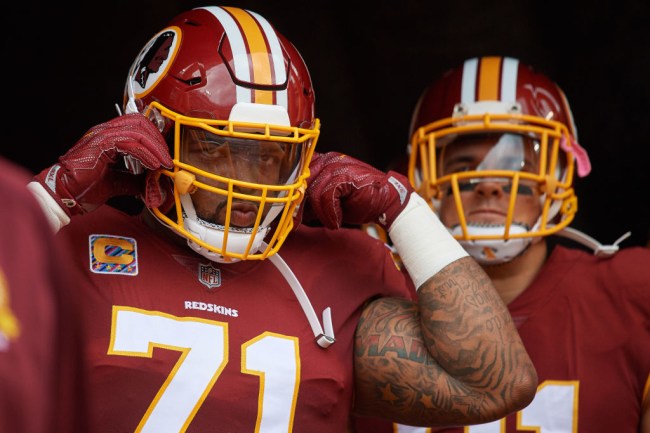 Williams spoke publicly for the first time since the end of last season and stated that he was diagnosed with a rare form of cancer (DFSP). He claims that he told team doctors about a growth that formed on the top of his head six years ago and was upset that the doctors didn’t take it seriously, hence the holdout.

According to The Washington Post, Williams had the lump tested this winter and the results revealed he had the rare form of cancer, Dermatofibrosarcoma Protuberans, which is a soft tissue disorder that develops in the deep layers of the skin.

Williams stated that he almost lost his life.

The cancer was successfully removed, but he does have to go in for checkups twice a year.

It’s a unique, tough situation and Williams still seems to be upset with the Redskins and the team doctors.

“I mean, I guess nobody took the time to see what was going on there,” Williams said. “Football was more important, and to me it was more important, too. I was told it was something minor, so I didn’t really question them. But I mean, the lump continued to grow over the years, it was concerning but there was no pain involved, and if I’m being told by the very people I put my career in the hands of, people are telling me I’m fine, [then] I’m fine. That’s how I looked at it.”

Williams ended his holdout on Tuesday, but later it was reported he failed his physical because he couldn’t put on his helmet comfortably.

It’s likely that he’ll never play another snap for the Redskins, but here’s to hoping the seven-time Pro Bowler stays healthy and gets back on the field sooner rather than later.