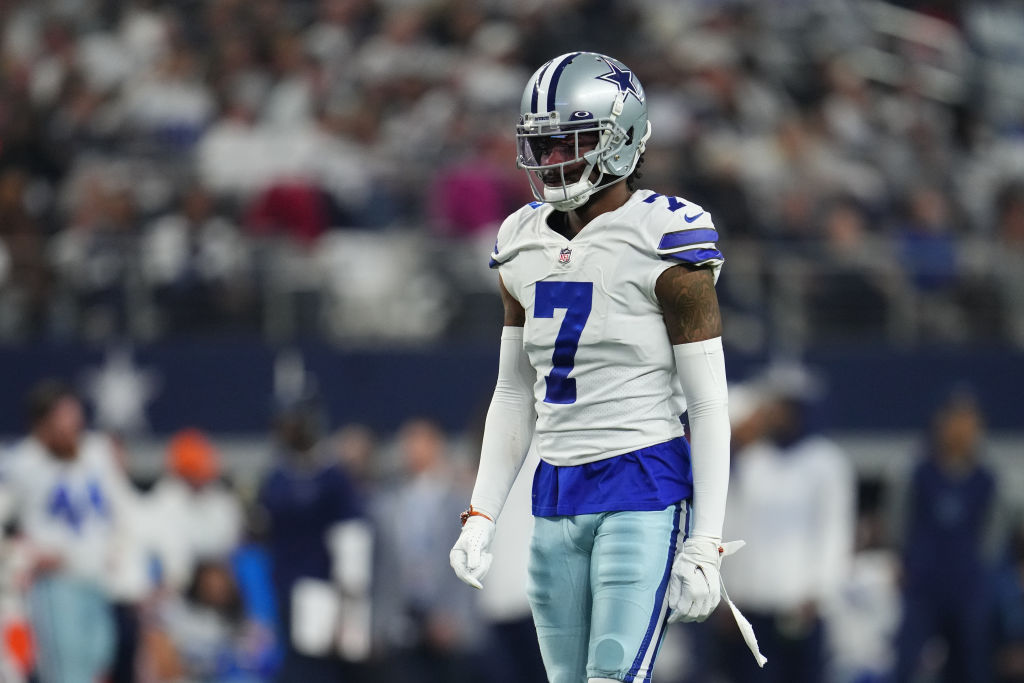 Cowboys CB Trevon Diggs made the NFL top 100, a list voted by players, which came as a shock to some fans who have been mocking his play during training camp.

Throughout camp, videos have shown Diggs constantly getting burnt by wide receivers.

Justin Herbert to Keenan Allen, who's guarded by Trevon Diggs.

Things got so bad for Digs that he had to delete his Twitter account so that he wouldn’t see all the jokes made about his play.

Despite all the videos of him getting burnt in practice going viral, Diggs was ranked 23rd in the NFL’s top 100 players.

Fans mocked the NFL 100 for putting Diggs up so high on the list.

I’m not even sure Trevon Diggs is the 23rd best DEFENSIVE BACK in the league. https://t.co/Ao0Fh5ov1l

yeah this list is done… pack it up everyone https://t.co/M6qM0XrUjY

Are they purposely doing ridiculous rankings this year so that no one ever takes this list seriously again? This is somehow the worst one so far. And there have been a lot of atrocious rankings. https://t.co/TsbrYxmlRC

Saying he’s better than players like Joey bosa and quenton nelson is so gross man https://t.co/flsDGGiqIo

Trevon Diggs being 23rd best player in football makes this a non-serious list. We already knew that, but this is egregious. https://t.co/TjDPGr0e5a

He is one of the worst players in the league lmao stop giving this man props for stinking https://t.co/7iAdFKJkPf