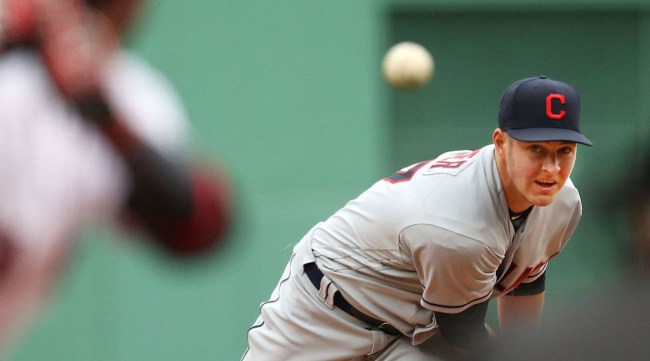 Remember back in 2016 when Cleveland Indians’ pitcher Trevor Bauer had to be pulled from a game in the ALCS because his hand was bleeding like a stuck pig? Bauer claimed he cut himself while working on one of his drones.

Yeah, well, I think he made that whole story up to cover for the fact that, when he wants to, bro can just throw the ball so damn hard he busted a vein or something wide open that night. 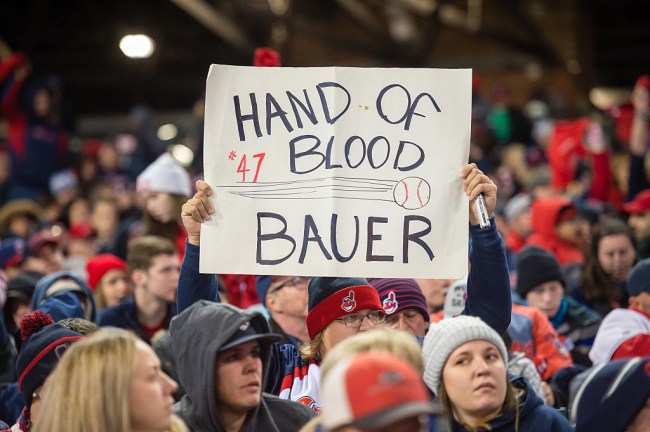 I say that, because as the 26-year-old Bauer was doing some off-season training this week he decided, just for kicks, to hit 116.9 MPH on the radar gun. That’s like 117 miles per hour or something.

Bauer joked after the video was posted that the throw was deemed illegal because he was “wearing a performance enhancing hat.”

This throw has been deemed illegal by @drivelinebases though, citing the fact that I’m wearing a performance enhancing hat. 👀💦🔥 https://t.co/TKPC069AdX

Of course, this video also made Indians fans very nervous.

How To: Require Tommy John

Bauer also has a YouTube channel where he has shared some of his training, pitching mechanics, and other how-to videos. You know, in case you too want to learn how to throw your arm out of its socket.

Now all Bauer needs after hitting over 110 MPH on the gun like White Sox phenom Michael Kopech also did last January is to hook up with a reality TV show girlfriend like Kopech and he’ll be all set.