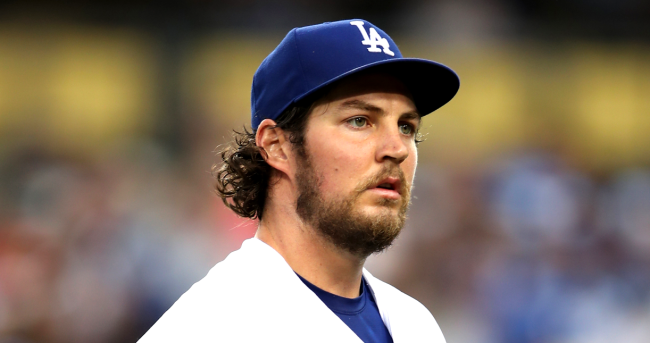 Trevor Bauer hasn’t pitched for the Los Angeles Dodgers since June 28, 2021. Since that date the 2020 Cy Young Award winner has been on paid administrative leave.

Considering he signed a three-year, $102 million contract with the Dodgers just a few months before Major League Baseball put him on administrative leave he has been able to receive his $38 million salary and signing bonus for 2021 and stands to make another $32 million this season.

As of now, his leave goes until April 29, but it has been extended numerous times since last June.

Bauer was cleared of criminal charges in February of 2022, but still hasn’t been allowed to set foot inside any of the Dodgers baseball facilities.

On Monday, Bauer filed a lawsuit against his accuser and her attorney, Fred Thiagarajah, in the United States District Court for the Central District of California Southern Division.

The lawsuit was filed in the U.S. District Court for the Central District of California. You can read the complaint here: https://t.co/NTRxloEw47 2/2

Bauer, who previously filed a defamation lawsuits against the websites Deadspin and The Athletic, is also claiming defamation and tortious interference in his newest suit.

Trevor Bauer’s lawsuit against his accuser claims she wanted “millions”

“[Defendant] fabricated allegations of sexual assault against Plaintiff Trevor Bauer, pursued bogus criminal and civil actions against him, made false and malicious statements about him, and generated a media blitz based on her lies,” the lawsuit reads.

“[Defendant’s] motives for making her false claims and statements are now clear. She wanted to destroy Mr. Bauer’s reputation and baseball career, garner attention for herself, and extract millions of dollars from Mr. Bauer. [The Defendant] was aided in those efforts by her attorney, Defendant Niranjan Fred Thiagarajah. Although a Los Angeles Superior Court Judge rejected [the Defendant’s] false allegations and the District Attorney for Los Angeles County found them unworthy of criminal charges, the damage to Mr. Bauer has been extreme.”

Later, in the lengthy document, the lawsuit states, “In response to [Defendant’s] false allegations of sexual assault, Major League Baseball placed Mr. Bauer on administrative leave, which prevented him from performing his job as a pitcher for the Los Angeles Dodgers. The period of Mr. Bauer’s administrative leave was extended due to the pending criminal investigation of Mr. Bauer initiated by [Defendant’s] false statements to the Pasadena Police Department.

“Mr. Bauer is entitled to punitive damages, because [Defendant’s] defamatory statements were made with hatred, ill will, and spite, with the intent to
harm Mr. Bauer or in blatant disregard of the substantial likelihood of causing him harm.”

It goes on, “The false statements by Mr. Thiagarajah have severely damaged Mr. Bauer’s reputation and caused him anguish, humiliation, embarrassment, and financial loss.

“Mr. Bauer is entitled to punitive damages, because Mr. Thiagarajah’s defamatory statements were made with hatred, ill will, and spite, with the intent to harm Mr. Bauer or in blatant disregard of the substantial likelihood of causing him harm.”

He is asking for a jury trial to address all of his claims.

Major League Baseball fans’ reactions to the lawsuit filed by Bauer were, as always in his case, a mixed bag.

Good for you Mr Bauer. She gives sexual assault victims a bad name. I am curious why the MLB players union doesn’t have your back? It’s sad that they seem to have deserted you through this whole ordeal.

As long as you never play in the MLB, file away

Hope they let you play while this winds through the courts. There's no reason you can't play when you are the one filing charges. Right @mlb and @MLBPA ?

So, basically, you won't be playing this year....

Today I filed a defamation and tortious interference lawsuit against the San Diego woman who falsely accused me of sexual misconduct, as there’s a drive into deep left field by Castellanos that will be a home run and so that’ll make it a 4-0 ball game.