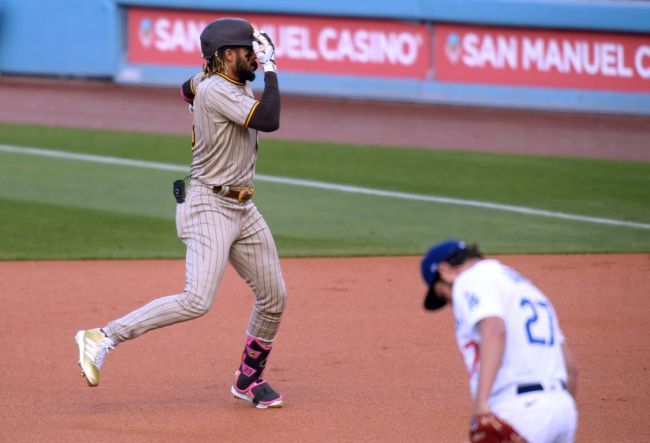 The older I’ve gotten, the higher baseball has crept up my favorite sports rankings. As things currently stand, soccer is my favorite (cry about it, dude), baseball is my second, and football is my third. Truth be told, those rankings are largely influenced by the fact that the Jets have been flaming hot garbage for about a decade now. Things are so dire I find myself longing for the days of Rex Ryan and Mark Sanchez — imagine that.

But when it comes to baseball, I think my growing appreciation for the game can be directly tied to my general sense of patience in life, something that’s noticeably absent in the young. There’s something zen about just tossing on the game and listening to the crack of the bat, the roar of the crowd four, the buddies-at-the-bar back-and-forth between the commentators (I’m a Mets fan, so Gary, Keith, and Ron are the best in the game).

Still, even as an increasingly passionate baseball fan, I can’t deny that the sport lacks a certain zest, a certain juice that the other major sports possess. At what point does being America’s pastime become a negative moniker? Luckily for us, though, there appears to be those within the game, such as Dodgers’ ace Trevor Bauer, who understand that fact.

Over the weekend, during a thrilling four-game series between the Los Angeles Dodgers and San Diego Padres, Fernando Tatis Jr. hurled some taunts Bauer’s way, mocking the pitcher’s celebratory strut and one-eye-closed pitch.

In case you needed another look 😉@Padres | @tatis_jr | @TheNotoriousMMA pic.twitter.com/NLEpQbLKj4

Anything you can do, eye can do better. pic.twitter.com/LzXWzzI0Ak

And to his credit, Bauer was absolutely all for it, telling reporters that any pitcher who has a problem with a hitter celebrating a home run is “soft”:

“I like it [home run celebrations]. I think that pitchers that have had that done to them and react by throwing at people or get upset and hitting people or whatever, I think it’s pretty soft. If you give up a homer, a guy should celebrate. It’s hard to hit in the big leagues. So I’m all for it and I think it’s important the game moves in that direction and we stop throwing at people because they celebrated.”

That’s a dude who just gets it. Sports thrive off of rivalries, which are born out of passion. And celebrations are merely an expression of passion. As a result, it should come as no surprise that the Dodgers-Padres tilt was arguably the most thrilling series of the young 2021 season, with the Padres pulling off a momentous six-running, 11-inning comeback on Sunday night. You better believe the next series between the two NL West rivals will be must-see TV.