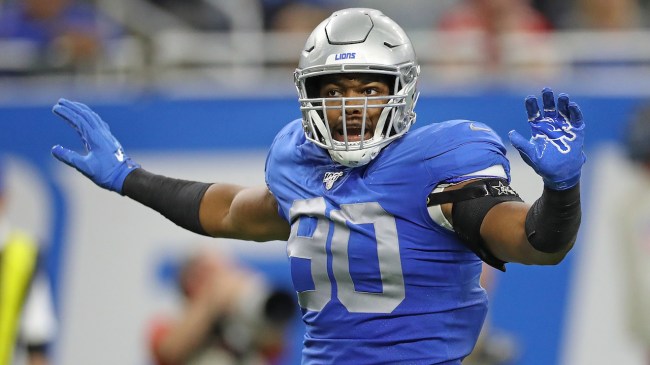 The NFL has a problem.

No, the NFL problem we’re talking about today is the state of its referees, who are having their worst season in recent memory for a multitude of reasons. And that awful refereeing came to a head on Monday night when the sideline zebras cost the Detroit Lions a hard-fought win against the Green Bay Packers.

In the fourth quarter of Monday night’s game, the refs called not one, but two illegal hands-to-the-face calls against Lions defensive lineman Trey Flowers.

The only problem was that neither flag was the correct call and both directly benefited the Packers: the first flag gave them a new set of downs on what should have been fourth down, followed by a touchdown on the next play, while the second flag effectively handed the Packers the victory, as they were given a first down and were able to run out the clock before Mason Crosby kicked the game-winning field goal.

Make no mistake about it: the calls were ugly and now have shined an even more massive spotlight on the current quality of the NFL’s officiating.

Speaking to reporters in the locker room following the game, Flowers discussed the controversial penalties from his point of view.

Asked if he felt like the game was stolen from him, Flowers said, “Uh, you know, it is what it is. I’m getting ready to get back to work.” [Detroit Free Press]

If the NFL was hoping fans would just simply ignore it’s skeptical officiating, that possibility is now firmly out the window as the entire sports-watching nation saw the highway robbery that went down in Green Bay.

While the calls were offensively egregious, hopefully, they were awful enough to force the NFL to institute some change.