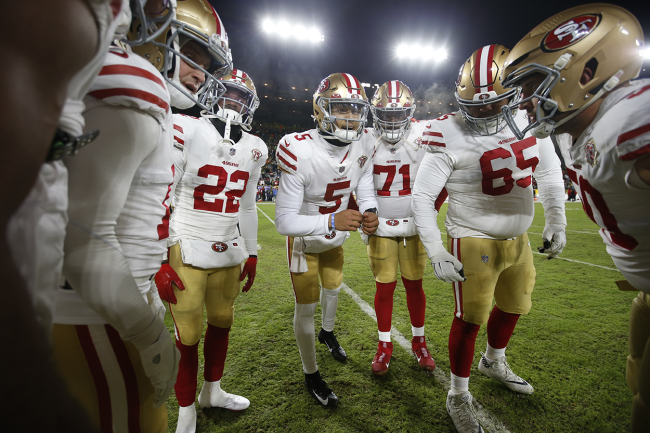 Although Jimmy Garoppolo is still on the San Francisco 49ers roster, it is second-year quarterback Trey Lance who is expected to start in 2022. As the presumptive QB1, the former first-round draft pick displayed strong leadership after this year’s draft.

According to Matt Maiocco of NBC Sports, Lance has been heavily involved with his rookie teammates and wants to be sure that his presence around and with the team is felt.

During the 2022 NFL Draft, the 49ers selected nine rookies:

When an NFL franchise selects a top wide receiver or offensive lineman with a high draft pick, it is not uncommon for the team’s starting quarterback to reach out. In fact, it is almost a bigger deal when they do not.

With that being said, it is not particularly common for the team’s starting quarterback to reach out to every draft pick.

Lance did so anyway.

According to Maiocco, the No. 3 overall pick in 2021 requested and received the phone number of the San Francisco’s entire 2022 NFL Draft class and texted them each individually to welcome them to the team. It was a rather impressive move.

In addition, Lance has been active during the team’s offseason program in Santa Clara. He made sure to meet all of the newcomers during rookie camp and was even on the field as they went through practice.

On the flip side, Garoppolo had not reached out. He likely didn’t expect to be with the team this fall, but that is a glaring difference between the two 49ers quarterbacks.

Shoutout to Lance for stepping up.