Cavs’ Tristan Thompson Gets Booed By Home Crowd In Cleveland 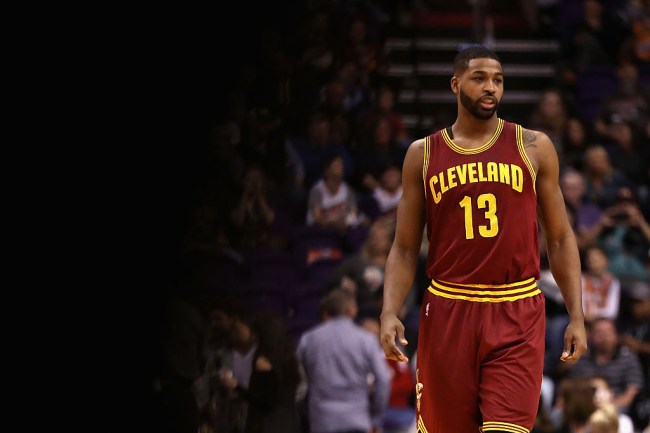 Before heading into the playoffs, Cavs center Tristan Thompson has had a pretty eventful week.

According to several tabloids, Thompson was caught cheating on longtime girlfriend Khloe Kardashian while out clubbing in New York a few days ago.

Basketball Insiders writer Spencer Davies reported that Cavs fans weren’t pleased with Thompson and booed him when he entered the game tonight.

#Cavs fans booed Tristan Thompson when he was shown on screen. He wasn’t announced coming off the bench by the PA announcer, either.

TMZ went on to say that Thompson was booed by the home crowd several times tonight.

Tristan Thompson﻿ avoided major backlash from fans for cheating on Khloe Kardashian by checking into tonight’s Cavs game under the radar … but he got a fair share of boos later.

The power forward checked in off the bench near the end of the 1st quarter during a timeout … so he was able to take the court without the PA announcer saying his name. Good start for Tristan.

However, our sources at the game say boos rained down later when he was shown on screen, and more came when he got called for a couple personal fouls.

While Cavs fans are mad at Thompson now they’ll likely forget about the whole cheating ordeal if he helps the team make it to the finals.