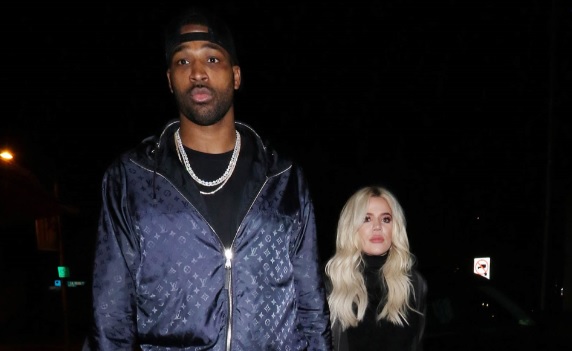 It seems like Tristan Thompson straight up didn’t care about preserving his relationship with Khloe Kardashian.

Earlier this week we learned that Thompson and Khloe Kardashian had broken up after he allegedly cheated on her with Kylie Jenner’s best friend Jordyn Woods.

Khloe Kardashian has thrown in the towel, breaking up with Tristan Thompson after she found out her baby daddy allegedly cheated on her with Kylie Jenner’s best friend … TMZ has learned.

According to the Daily Mail, there are now reports of Thompson cheating on Khloe with two women on Valentine’s Day at a party hosted by Cavs teammate Jordan Clarkson.

It was at the home of Jordan Clarkson who plays for the Cavs and there were quite a few Cavs players there, but it was mostly girls.

‘They had red heart balloons everywhere on the ceiling and happy V’Day signs, a DJ, hookahs everywhere, club seats.

‘Then at around 11.30pm Tristan comes in, he’s smiling, very playful, very happy, and immediately he’s dancing with his teammates and some girls.

‘Me and my friends were like, “why’s he not with Khloe and his baby on Valentine’s Day?”.

‘Then I saw him drinking and knocking back shots at the bar and he was flirting and exchanging numbers with girls who came up to him – he certainly didn’t look like he was with Khloe any more.’

The source said they saw Tristan partying with a handful of different girls during the course of the night.

‘He was dancing, flirting, touching, grabbing butts, that kind of thing,’ the source said.

‘As the night went on I saw Tristan dancing and grinding with two women in particular and he was in good spirits, he seemed very happy.’

Apparently Thompson ‘disappeared’ with the women to a private bedroom before reappearing later in the night.

As the night went on the party goer remembers seeing Tristan leading two of his female companions, described as being slim but curvaceous, upstairs at around 2.30am.

The source said: ‘The girls were in their early 20s, maybe around 24.

‘One was Latina with brown hair while the other looked Middle Eastern, she resembled Khloe but had a different type of body.

‘Tristan was with them and they were drunk, holding hands and giggling and they all went upstairs.

The source believes it was some kind of office off the main living area and claims the door was locked behind them.

The party goer recalls Tristan, who had been dressed in all black and wearing a beanie hat, re-emerging around 35 minutes later.

‘I didn’t see him come downstairs but he was suddenly back in the party and he looked comfortable,’ they said.

Kylie Jenner’s best friend Jordyn Woods arrived to the late-night kickback. Thompson and Woods were all over each other, and, it wasn’t just “friendly.” They couldn’t keep their hands off of each other.’

The source added: ‘When partygoers asked to use their phone, they were told that they may as well leave if they needed to do so as Jordyn wouldn’t be leaving anytime soon. Jordyn didn’t leave the party until the early hours of 7 a.m.’

Thompson just didn’t give a damn at all anymore. Wow.