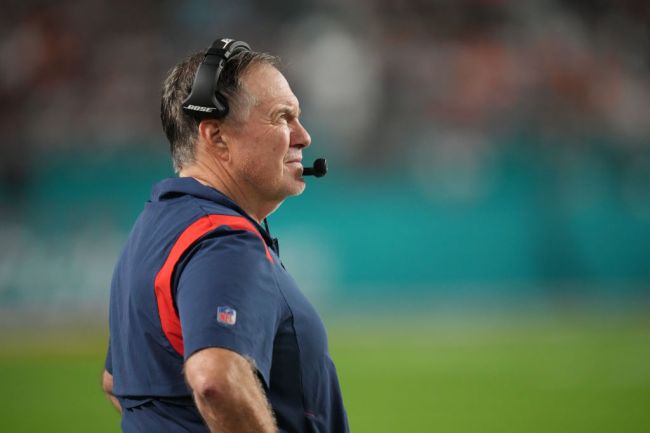 Josh McDaniels left the New England Patriots to become the head coach of the Las Vegas Raiders nearly 4 months ago. Even in all of that time, the Patriots have still yet to name a replacement for him as the team’s offensive coordinator.

Now, it is being reported that Pats players are “alarmed” by the team’s coaching staff.

Rumors: #Patriots players are “alarmed” by the team’s offensive coaching staff, @GregABedard says he has heard

This sound like the New England Patriots offense is headed for disaster in 2022. These are no longer the days where you could just throw a bunch of guys on the field with Tom Brady and win a Super Bowl.

Mac Jones proved himself as the starter for the Pats last season, but this may be asking him for way too much way too soon. He’s in just his second year and currently has no offensive coordinator and is working with Joe Judge, who was awful as the coach of the Giants.

His best-case scenario right now seems to be that Judge will be his OC. That’s definitely not what you want as a developing QB. To make matters worse, the Pats haven’t exactly surrounded him with star power.

Damien Harris performed well as the starting running back last year, but Jones’ top receiver for next season is either DeVante Parker or Jakobi Meyers and he has Hunter Henry and Jonnu Smith at tight end.

If Mac Jones is able to get this Pats team back to the playoffs next season despite this dysfunction and lack of top tier talent, it would be quite the accomplishment for the second-year QB.