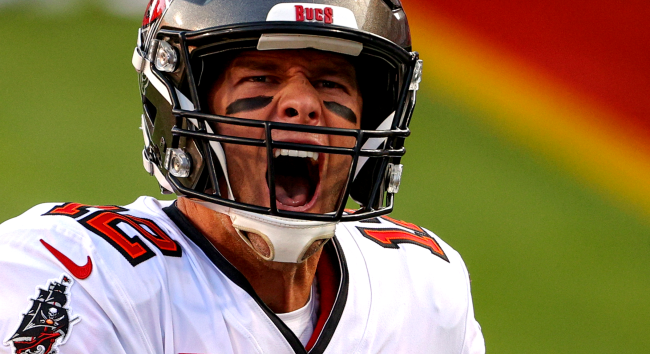 Troy Aikman has a very interesting take on Tom Brady’s recent comments about wanting the NFL’s offseason workouts to be shorter and less strenuous.

In May, Brady surprised many people by advocating in a NFLPA conference call for workouts in May and June to be toned down.

Per source, NFLPA just wrapped up a players-only conference call, and Tom Brady made a long, passionate appearance to advocate for solidarity in skipping workouts and trying to change the offseason program

“We shouldn’t have overly competitive drills in May and June,” Brady reportedly said. “There’s no (expletive) pro baseball player that’s throwing 95 mph in the middle of December.”

Considering Brady’s ridiculously competitive nature and fanatical preparation, many couldn’t understand why Brady would even suggest such a thing.

Troy Aikman, however, thinks he has figured it out.

During his appearance on a recent episode of the Flying Coach podcast with Sean McVay and Peter Schrager, Aikman says he believes it’s just another ploy by Brady to try to gain an edge over his competition.

“I was surprised to hear Tom Brady say the players need more time off. He was very vocal. It shocked me, because I know Tom well,” said Aikman.

“And then I realized, that’s the greatness of Tom Brady, because I can assure you, he’s not taking those days off, and that team is not taking those days off. And so he views it as a total competitive advantage. If teams are practicing less, and he’s practicing more, that’s going to give him a leg up on the competition. And I think that was really the whole motivation for those comments.”

Would Tom Brady really be that duplicitous?

Well, during Brady’s recent appearance on The Shop, he kind of admitted that he would.

“What I say versus what I think are two totally different things,” Brady admitted. “I would say 90 percent of what I say is probably not what I’m thinking. Which is challenging, you know? And I really admire people that actually can do that, and say what they think, because they invite a lot of other things into their life.”

So lying to the NFLPA to help gain a competitive advantage? Yeah, Brady would probably do that.