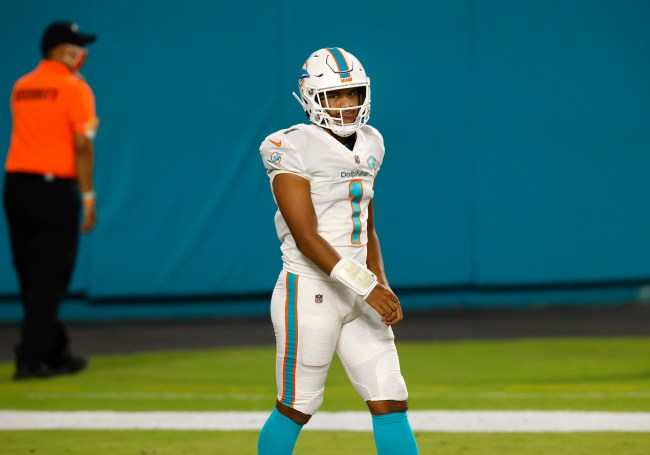 Tua Tagovailoa was a bit emotional after making his NFL debut months after sustaining a serious hip injury in college.

On Sunday, Tua made his Miami Dolphins debut late in the fourth quarter during the team’s blowout win against the Jets and completed his first pass.

.@Tua Tagovailoa enters the game for the @MiamiDolphins! #FinsUp

After the game, Tua sat on the field by himself to reflect on his NFL debut.

Tua just walked out and sat on field pic.twitter.com/1dLOZiCTpZ

Tua Tagovailoa went back to the field and he’s sitting around the 15-yard-line in full uniform. It looks like he’s soaking this moment in.

Update: According to Tua he went on the field to Facetime his parents who weren’t at the game.

Tua on why he went back on the field and sat alone: "It was a very special moment for me because my parents weren't here so I wanted to sit close to where we ended our drive at and ended up FaceTiming my parents…. My parents normally never miss my game."

"It was a special moment for me" pic.twitter.com/26H61A6GuR