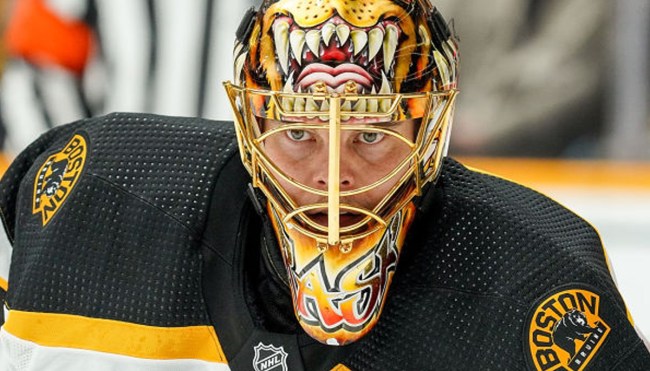 Last week, milk crates across the hockey world collectively gulped after Tuukka Rask officially returned from the hip injury that forced him to undergo surgery following last year’s season by signing a professional tryout agreement with the Providence Bruins.

That deal was basically a technicality that paved the way for the goaltender’s return to Boston, as Rask provided his longtime team with a hometown discount when he signed a $1 million contract on Tuesday to officially make his grand return to the NHL squad.

After inking the new deal, the Finnish netminder—who had joked that he’d play for a modest sum and some free Bud Light while discussing his plans for the future over the summer—hopped on Twitter to announce his imminent return and let the beer company know he was very open to a supplemental contract.

It didn’t take long for the brand to get back to him, as it tweeted out a “Very Official Contract” promising to send Rask a “significant amount of beer” for rejoining the Bruins and also provided him with three additional incentives that will reward him with even more if they’re satisfied over the course of the season.

While I’m not a lawyer, I’m pretty sure the virtual handshake deal Rask subsequently agreed to makes the agreement legally binding.

Bruins fans will likely have to wait a bit to hear Jack Edwards utter the words “Two Us! Two Ks! Two points!,” as Rask is slated to serve as the backup when the Bruins host the Canadiens on Wednesday night.

With that said, it’s probably only a matter of time until he gets some Bud Light sent his way by meeting that first clause.