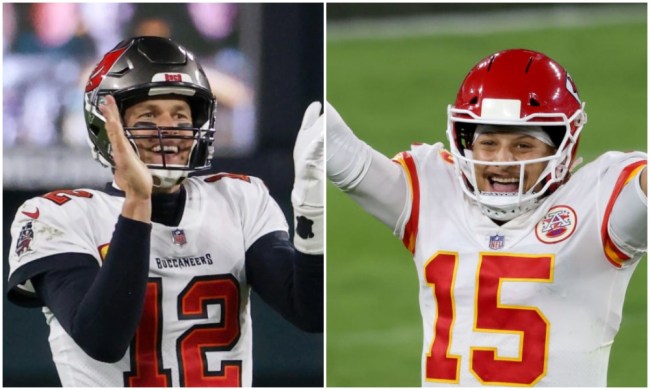 The NFL got exactly what it wanted in both the AFC and NFC Championship games. Both games featured four of the best quarterbacks in the league with Tom Brady and Aaron Rodgers dueling in a matchup between veterans for the NFC crown and Patrick Mahomes and Josh Allen squaring off for the AFC crown.

Each conference championship game is intriguing year after year in the NFL, but based on the TV ratings from each of these games, it’s clear people were even more so invested this year. Whether it had mostly to do with the matchups themselves, the virus forcing more people to watch from their own homes, or a combination of both, the ratings were shockingly high.

According to Fox Sports PR, the Buccaneers – Packers game garnered a rating of 26.5 meaning roughly 26.5% of households watched the Brady and Rodgers duel. In Milwaukee, the game drew a 48.1 while Tampa Bay drew a 39.9. It was the most-watched telecast of any kind since last year’s Super Bowl.

While those numbers are extremely impressive, the later game between the Chiefs and Bills drew even more mindboggling numbers locally in Kansas City. According to John Ourand of Sports Business Journal, the AFC Championship drew an 85 share in the Kansas City area meaning that only 15% of TV weren’t tuned into the game.

Kansas City's local TV rating for yesterday's Bills-Chiefs game was a 61.9. Its share was an 85 share. That means that 85% of all TVs in use with the KC DMA were tuned into the Chiefs game. An astounding number.

It’s crystal clear that America was ready to watch some serious NFL playoff action and it helped that three of the four fanbases involved are some of the most passionate in the game while the fourth team just so happened to have Brady under center looking for another trip to the Super Bowl.

I have a hunch that the TV ratings for Super Bowl LV are going to be as equally mindblowing as these were.