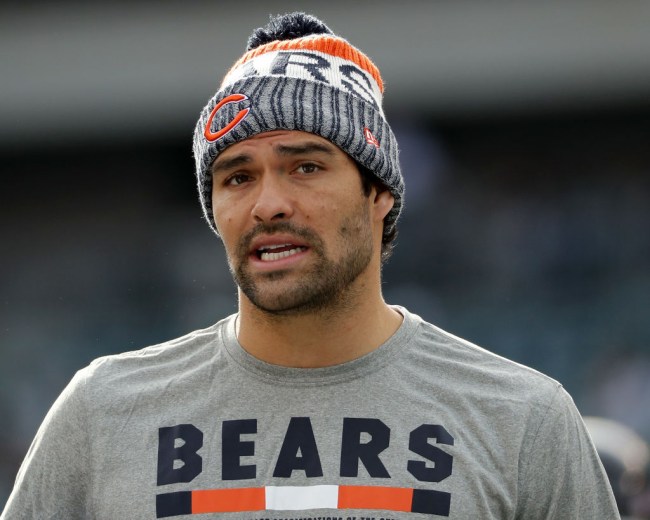 Mark Sanchez is a professional football player again, as the Washington Redskins signed Sanchez to back up Colt McCoy after Alex Smith broke the tibia and fibula in his right leg during Sunday’s loss to the Texans.

Washington is signing Mark Sanchez as its backup QB, per @FieldYates.

According to ESPN, the Skins opted for the 32-year-old Sanchez over a group that included E.J. Manuel, Kellen Clemens, Josh Johnson and T.J. Yates. Sanchez, who has thrown 17 passes since 2015, has 86 touchdown passes and 86 interceptions in his career with a 73.9 passer rating and a 40.2 QBR. In his last two seasons with New York in 2011-2012, Sanchez threw a combined 36 interceptions and fumbled 16 times.

The real kicker is that Sanchez will debut with the Skins on Thanksgiving Day at Dallas, six years to the day from the infamous “Butt Fumble.”

NFL Twitter was ablaze that Sanchez has a job in the league, even after he was suspended for four games for violating the NFL’s performance-enhancing drug policy in April. Check out some of the reactions below:

And Mark Sanchez’s Redskins’ debut will come six years to the day of this…. pic.twitter.com/LX5jmtC3Dg

I didn’t even know Mark Sanchez was still in the league smh pic.twitter.com/CKXHIm3pb4

Kaepernick’s lawyers when a team signs Mark Sanchez in 2018 pic.twitter.com/6SKUKM42nE

Best of luck to Mark Sanchez in his backup role.