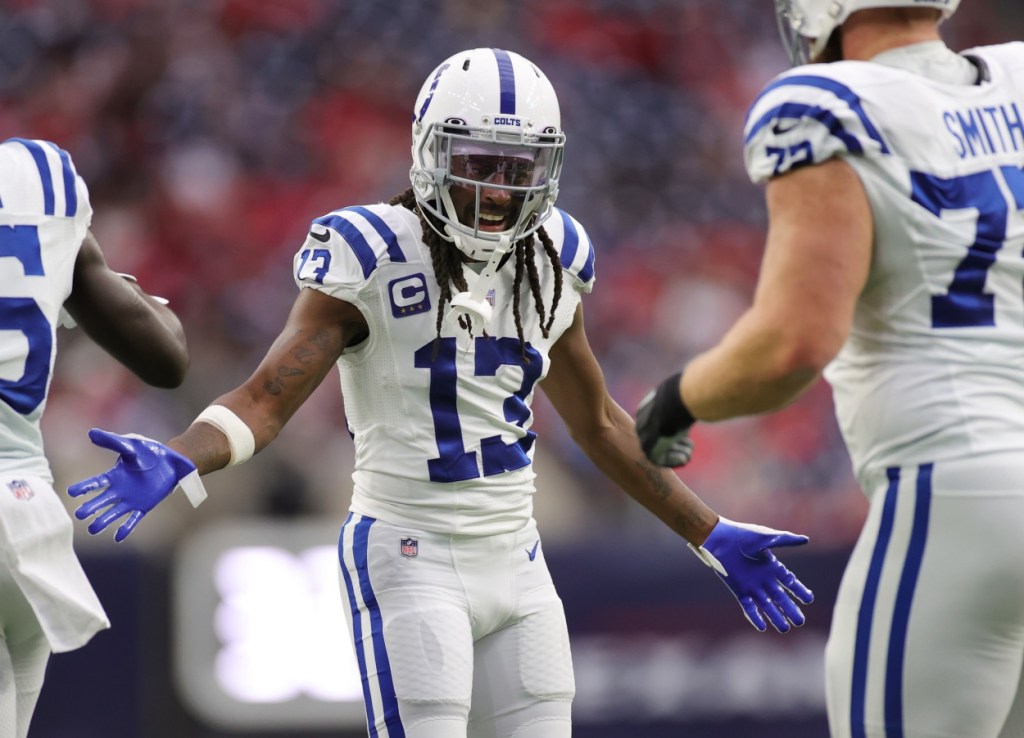 The New England Patriots travel to play the Indianapolis Colts on Sunday. The Colts are 7-6 and currently hold a Wild Card spot and are very much in the hunt with just 4 games left in the season. But beating Bill Belichick‘s Patriots is a tall task.

Colts wide receiver T.Y. Hilton has faced Belichick five times before (he’s 0-and-5) and he was asked about what the Colts need to do to beat the Pats. His answer pretty much perfectly sums up how you basically have to let Jesus Take The Wheel when playing New England because Belichick finds a way to neutralize whatever a team is good at.

Hilton added that the Patriots are “fundamentally sound” and “they do everything their coach asks them to do and they’ve got playmakers.”

TY Hilton, who's 0-5 against Belichick and the Patriots in his career, says he can't remember a game vs. them in which he hasn't seen double coverage. No doubt this one means more to him.

"I’m 0-fer against them. If anyone needs motivation, 13’s gonna give them some motivation."

The Colts have lost their last 8 games against the Patriots. Peyton Manning vs Tom Brady used to be the best rivalry in the NFL but those days are gone and the Pats are dominating the matchups.

Jonathan Taylor is having an incredible season. He’s racked up 1348 yards so far and 16 touchdowns. Belichick knows the Colts’ success goes through Taylor and he’ll look to neutralize Jonathan’s production on the field. And shutting down the NFL’s top rusher is difficult but the Patriots have given up the fewest rushing TDs of any team in the NFL this season, just 6 (the Jets have given up 24 btw).

The Colts are 2.5 point favorites in the Saturday night game (8:20 on the NFL Network).