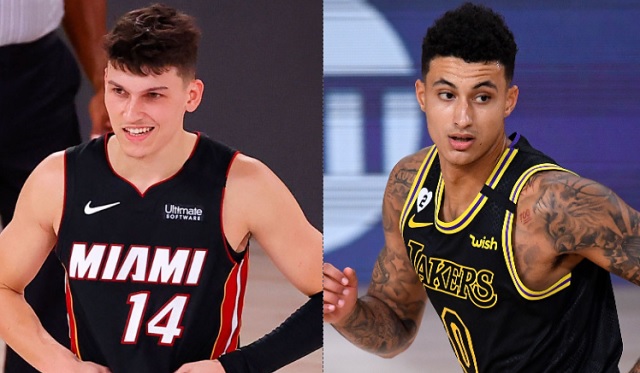 The main storyline for this year’s NBA finals is going to feature LeBron James taking on his former coach Erik Spoelstra but there are plenty other juicy storylines in this series as well.

Immediately after the Heat beat the Celtics in the Eastern Conference finals, many fans noticed that Tyler Herro and Kyle Kuzma will be facing off in the finals which is interesting considering Herro is currently dating Kuzma’s ex-girlfriend Katya Elise Henry.

The most underrated storyline in the finals

Katya and Kuzma’s relationship didn’t seem to end well because she took a shot at him on social media soon after they broke up by saying that Kuz couldn’t handle her.

Katya began dating Herro during the beginning of quarantine, and was seen on the sideline cheering on the Heat on Sunday inside the Disney bubble.

It’s going to be real awkward if Katya bumps into Kuz while inside the bubble.