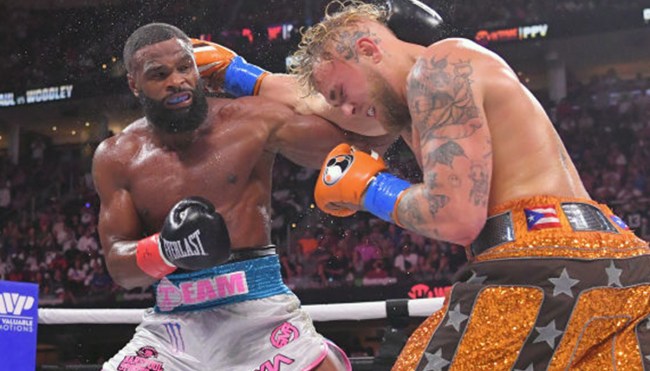 If you can casually ignore the $2 million Tyron Woodley pocketed by agreeing to step into the ring with Jake Paul, the fighter didn’t really have a ton to gain by boxing the man who holds the, um, proud distinction of being one of the most reviled people on the internet.

Sure, there are probably some people out there who would pay $2 million for the chance to punch Jake Paul in the face. However, Woodley spent over a decade racking up a 19-7 record as a professional MMA fighter, so while the payday was certainly enticing, there wasn’t much upside aside from that when you consider he was facing off against a guy sporting a 3-0 record as a boxer (with two of those wins coming against fellow YouTubers and the other against a retired 5’9″ NBA player).

Prior to their bout, the two men decided to raise the stakes by agreeing to a bet that would require the loser to get a tattoo permanently professing his love for the victor. Woodley initially tried to wiggle his way out of that wager, but after dropping the fight in a controversial split decision, he’s finally decided to make good on his word.

Last week, Woodley said he was planning on getting the new ink within a few days, and on Monday, he revealed he did indeed follow through when he posted a photo of the “I Love Jake Paul” tattoo that now graces his middle finger courtesy of artist Rubia Santana.

Sure, it might not be ideal, but it’s still better than the mustaches way too many people willingly got tattooed on their finger a decade ago.