Tyrrell Hatton Appears To Flip Off A Fan At The Open, Snaps A Club A Few Holes Later 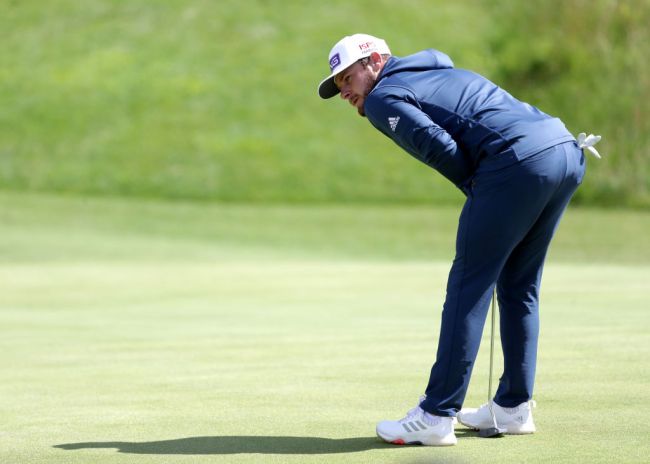 Tyrrell Hatton is known for wearing his emotions on his sleeve. This is a man that once flipped off a pond at the Arnold Palmer Invitational in frustration, so it shouldn’t be all that surprising to see him let out some anger with things not going his way during his second round at The Open on Friday.

Trying to save bogey while hovering around the cut line late in his round, a fan appeared to get under Hatton’s skin. After missing his bogey putt, Hatton appeared to flip off the fan. He then tapped in for double bogey, pointed at the fan, and said “absolutely f–king bollocks.”

Hot mics are picking up Tyrrell Hatton. The Open is officially underway. pic.twitter.com/6g7KuVR2SW

Hatton wasn’t done there. Needing a birdie at the last hole to sneak inside the projected cut line, he flared his approach shot out to the right and missed the green. Hatton kept the bird in his pocket this time around and instead opted to take out his anger on his club by snapping it in half with his foot.

It wasn’t the most flawless club snap as it took him two stomps, but it was entertaining nonetheless.

Tyrrell Hatton has had better Fridays in his life, and so has this iron he just snapped. pic.twitter.com/GEYZofZQ1v

Hatton managed to make par on the final hole, but at 2-over he’s sitting outside the projected cut line to play the weekend. The 29-year-old Englishman will undoubtedly be frustrated with his play in his home country of England this week.

We have to look back at two other all-time moments from Hatton while we’re here. He’s not too big a fan of tee markers and he also has the ability to send clubs into orbit.

He may not have destroyed a tee marker, but Tyrrell Hatton did toss a club and yell -very loudly- yesterday. Wait till the scream at the end🤭 pic.twitter.com/vytWbA6IuS