Tyrrell Hatton’s Wedding Didn’t Go As Planned, To Say The Least, But He Did Get To Drink His Weight In Beer 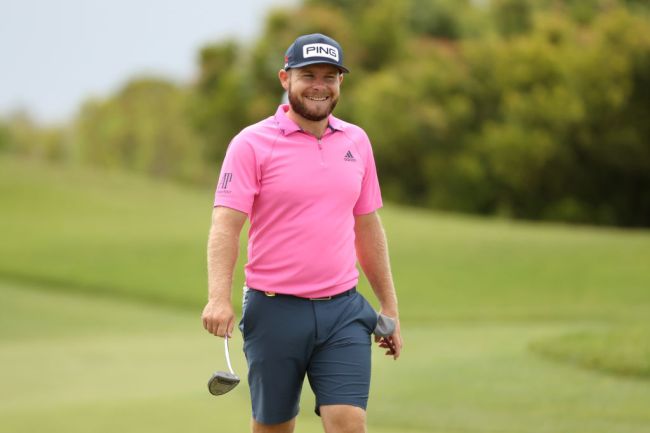 You wouldn’t know it after looking at the pictures from Tyrrell Hatton’s wedding day, but the celebration didn’t exactly go as planned. It ended up being special like all weddings do, but there were some major hurdles along the way.

One thing that the No. 11 player in the world had going for him is that it was just he and his wife Emily given COVID and travel limitations, but that didn’t keep them from being late to their own two-person ceremony.

“It was funny, like we — the day wasn’t very smooth,” Hatton said ahead of this week’s Palmetto Championship. “Our driver turned up an hour late, so that meant we arrived half an hour late for our ceremony, and then, because we wanted it in the Blue Ridge Parkway and we wanted to hike up and have some nice pictures.”

Given the fact that it was just the two of them, it’s no big deal that they were late, but then the rain came.

“Unfortunately, after finishing the ceremony, it absolutely pissed down with rain, and we then had to drive like two miles down the road, pulled over in a lay by, and we had our wedding pictures on the side of the road,” Hatton explained. “So, yeah, not quite as magical as you’d plan it, I guess, but it was still pretty special.”

People say that rain on your wedding day is good luck, but having to take your wedding pictures on the side of the road due to a storm doesn’t sound lucky to me.

The whole night ended on a good note, however, as Hatton explained that he drank his body weight in beer, which is always a wise decision.

Shoutout to Mrs. Hatton for seeming to be such a trooper on the big day. Plenty of you are probably reading this and thinking ‘wow, my wife would never do something this cool.’