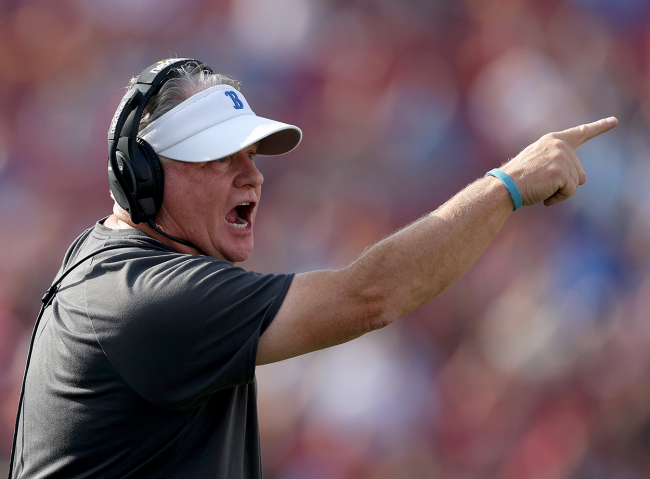 When UCLA and USC joined the Big Ten at the end of June, it sent shockwaves across the college sports world. Two of the nation’s most prominent programs in the second-largest media market in the country were leaving a West Coast-based conference for one headquartered out of Illinois.

It was a huge deal that has caused a ripple effect across conferences. Schools like Hawaii are vying to replace the Trojans and Bruins in the Pac-12, while other conferences are reportedly looking to expand as well. Part — if not most — of the realignment is money-driven, and part of it is trying to get ahead of the seemingly inevitable super conferences that are set to form in the not-so-distant future.

There is a lot of realignment to come. But that is all in the future.

For now, there are questions to be asked about the current state of the current conferences.

Now that UCLA and USC are soon to be part of the Big Ten, they will be traveling to Pennsylvania, New Jersey and Iowa, rather than Berkeley, Washington and Oregon. So how will the universities handle all of the travel logistics?

Matt Brown, publisher of the Extra Points newsletter, took it upon himself to ask. He reached out to the University of California Los Angeles and asked about the school’s plans.

Here is the response he received back:

I reached out to UCLA a few days ago to ask about travel logistics now that the program is moving to the Big Ten. A school spokesperson sent me the following statement: pic.twitter.com/1VtCvEaUik

UCLA’s statement is a word salad. It doesn’t really say anything and raises one huge, hilarious question.

The statement says that the school will be “using increased Athletics resources to provide faster and more efficient transportation options.” Buses and planes already exist. Those are the only two travel options at the moment.

Is the school inventing a new form of transportation? Is UCLA bringing back the Concorde? Are they going to create a new, atomic portal that sends players across the country in a matter of seconds? Perhaps they’re going to use a giant slingshot?

We are just a few short years away from Brian Kelly blaming a 13-6 loss at Rutgers on jet lag. I, for one, can’t wait.

Brown plans to share a related story in tomorrow’s newsletter.

I hope to be able to share a related story about the challenges of UCLA (and other CA school’s) travel logistics in tomorrow’s Extra Points, which will be available for our paid subscribers