After Latest Report Involving USC, UCLA, It Seems Inevitable That College Football Is Headed Towards Just Having 2 Mega-Conferences 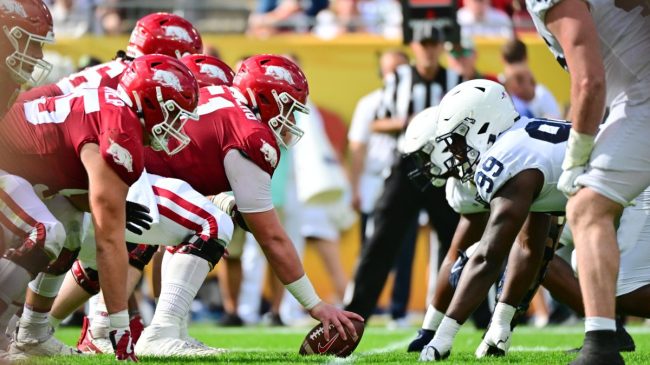 Things are changing in the world of college football.

Last year, we heard that Texas and Oklahoma, the two biggest brands in the Big XII, would be headed to the SEC in the next few years. That announcement had folks wondering what would happen to the league, which is already struggling to stay relevant.

Now, the same could be happening to the PAC 12.

On Thursday, Jon Wilner tweeted that USC and UCLA are looking to leave the conference for the Big Ten. It’s thrown the entire sports world for a loop.

Will the PAC 12 be able to survive? Would they join forces with the Big XII?

Remember when the Big Ten, PAC 12, and ACC formed “The Alliance” as a way to keep leagues from poaching their programs? Yeah, well I guess that’s over.

The report centering around USC and UCLA now has folks thinking we’re inevitably headed towards a two-league format. College football would move to mega-conferences, with the SEC and Big Ten just picking the Power 5 teams they want most.

It’s almost comical at this point. We’re definitely headed towards seeing 20 to 25-team conferences with the SEC and Big Ten leading the way.

I almost picture it as a pickup basketball game.

And this just continues until the rest of the Power 5 conferences are gone. Many around college football agree.

So if we’re headed to two mega conferences, that means Notre Dame joins the Big 10 next right? And SEC goes and gets Miami, FSU, Clemson and Va Tech.

Just got off the phone with someone who believes this eventually leads to two megaconferences — the Big Ten and SEC — with 20 or more members apiece.

It doesn't have to be two "mega-conferences." It probably will be, but it isn't the only scenario.

This is the last helicopter out of Saigon syndrome. B10 and SEC will be making $80 million per school, at least $30 million more than the next conference. I'd check the leanings of Clemson, Florida State and Miami right now.

If so, it will create a wild scenario in college football.

Think of it like the NFL where you have the AFC and NFC umbrellas, with divisions underneath. Scheduling would take a huge turn, with the possibility to add games and rotate opponents rather than playing the same teams year in and year out.

Things certainly seem to be trending this way. We’ll see how it all evolves, and likely sooner rather than later.