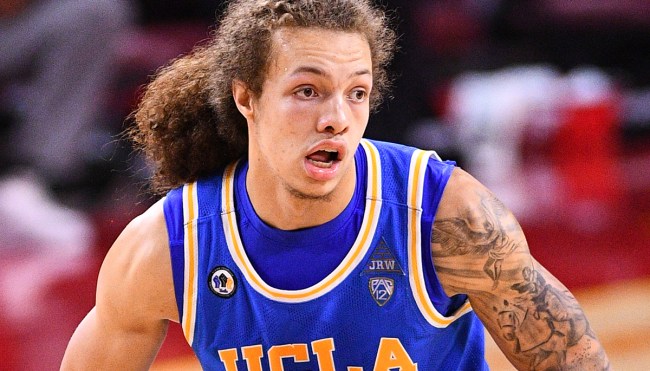 Thursday night’s matchup between UCLA’s and Arizona’s men’s basketball teams had the makings of a good one, as the third-ranked Bruins headed to Tuscon hoping to walk away with a win against a Wildcats squad that came into the game as the seventh-best team in the country.

In the end, it was never really a close game, as Arizona led by 12 points at the end of the first half and never looked back en route to a 76-66 victory. However, what unfolded on the court was overshadowed by an ugly incident that occurred when UCLA was making its way off of it after the final buzzer sounded.

When the Bruins were walking down the tunnel past the Arizona student section, freshman forward Mac Etienne (who was sidelined for the season after undergoing ACL surgery in November) decided to fire back at some spectators who were heckling him by spitting into the crowd multiple times before being pulled into the locker room by an arena official.

I’m sorry but spitting on the student section after a loss is disgusting. Not confirmed but it does look like Mac Etienne who did it. Do better @UCLAMBB pic.twitter.com/Xdnz5OvgN1

Etienne was not detained, and the nature of the charge means he may be able to resolve the issue without having to return to Arizona to appear in court in person. UCLA said it is also reviewing the incident, and it seems very likely more discipline could be coming his way as a result.