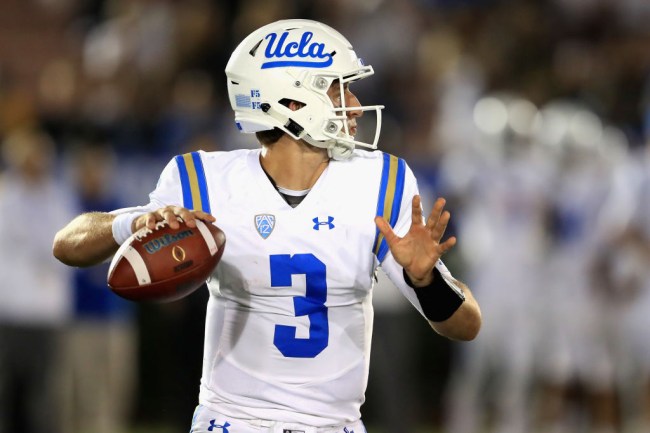 UCLA quarterback Josh Rosen would prefer to play for the Giants over the Browns and would be hesitant to come out in next year’s NFL draft if he knew that Cleveland was going to take him with the No. 1 overall pick, according to league sources familiar with the situation.

Privately, Rosen has expressed concern about winding up in Cleveland and would rather be with a more stable franchise, such as the Giants.

Rosen plans to sit down with his parents after the Cactus Bowl for a “serious conversation” before making a final decision about whether to turn pro. Whether Cleveland has the No. 1 overall pick could influence his decision, according to a source.

Josh Rosen was asked about the draft today and it appears that he took a not-so-subtle shot at the Browns who have the number one pick this year.

UCLA QB Josh Rosen on getting drafted by certain teams, if he comes out this year: “I’d rather be a lower pick at the right team than a higher at the wrong team.”

Some NFL fans were not happy with Rosen’s response.

Cry baby. If the browns draft him who cares think about all that guaranteed money and plus if your a good qb you should be confident and think that you can change the browns to a winning team . Such a cry baby

What a garbage attitude to have. I hope whatever team he goes to ends up in shambles.