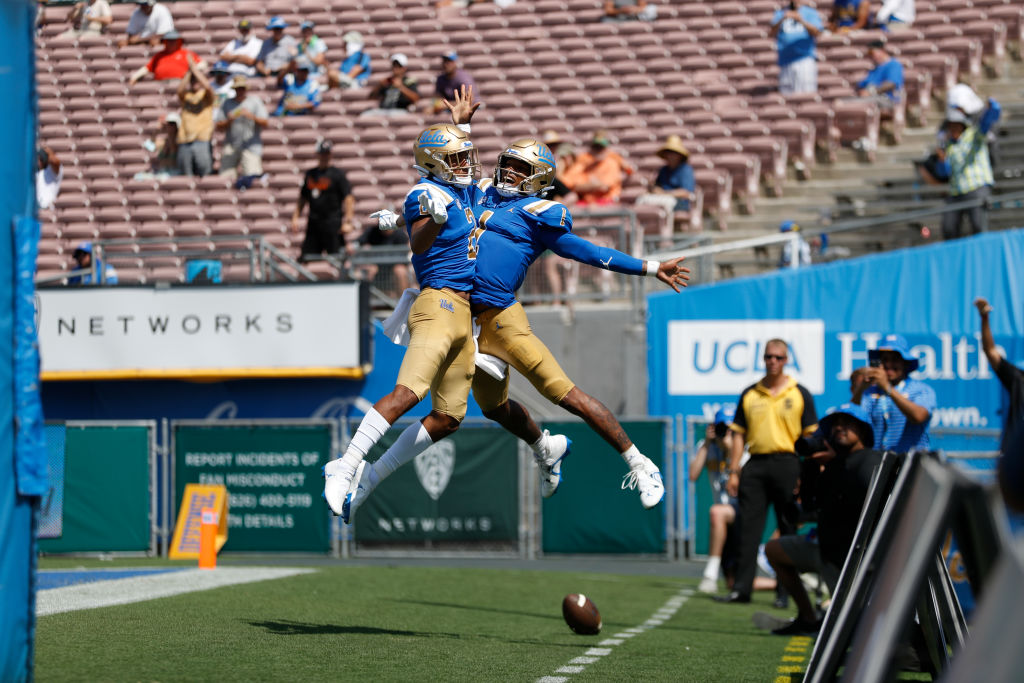 UCLA got their first win of the season Saturday but unfortunately not many people show up to watch the game.

According to the LA Times’ reporter Ben Bolch, UCLA’s Week 1 game vs. Bowling Green drew a record-low crowd at the Rose Bowl after only 27,143 showed up the game.

Videos showed rows and rows of empty seats inside the Rose Bowl.

That’s got to include 20,000 season ticket holders who didn’t show up pic.twitter.com/eanX50ji1v

Lots of people disguised as empty seats in the Rose Bowl today. https://t.co/k5hMXyXD3T

UCLA should not be allowed to join the Big 10 pic.twitter.com/w9tqlKyI3O

UCLA was not the only the LA to have to have trouble drawing card.

Across town, USC had to close off certain sections of the LA Memorial Coliseum because a lot of people didn’t show up to the game.

It is worth noting that it was extremely hot in South California today and fans likely opted to stay home instead of face the heat during the first week of the college football season.