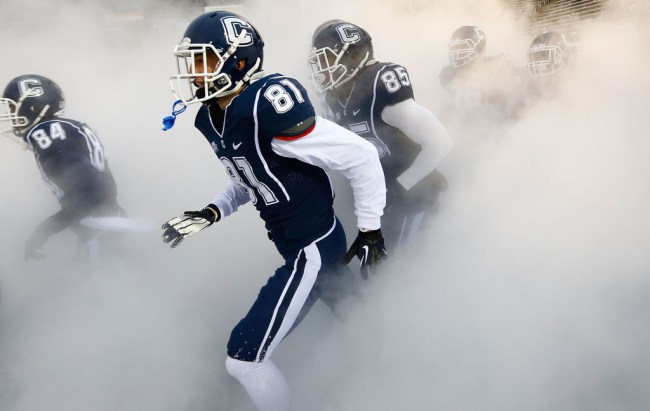 Folks, it is with a heavy heart that I must report that the first, and most certainly not the last, domino has fallen when it comes to the upcoming college football season, as the University of Connecticut announced this morning that they are opting out of the upcoming fall season due to coronavirus.

The decision — which makes UConn the first major college football program to cancel its season — was made official in a Wednesday morning statement from the university’s director of athletics David Benedict.

“After receiving guidance from state and public health officials and consulting with football student-athletes, we’ve decided that we will not compete on the gridiron this season,” Benedict said in the statement.

In addition to the university, the UConn football players also released a statement to announce that they agree with the decision. According to Pro Football Talk, the players’ statement said “they are ‘in full support of the decision to not compete’ after dealing with the challenges of trying to prepare for the season amid the COVID-19 pandemic.”

The decision from UConn comes during a crucial time during the NCAA’s attempt to get the upcoming fall season together: while league’s such as the ACC and the SEC have announced their plans for in-conference play, the players of the Pac-12 conference recently released a joint statement via The Players’ Tribute that outlines their demands for the upcoming season, stating that they will not be participating if the demands aren’t met.