UFC 238 Preview: This Is Not Your Ordinary Main Event – Cejudo Vs Moraes 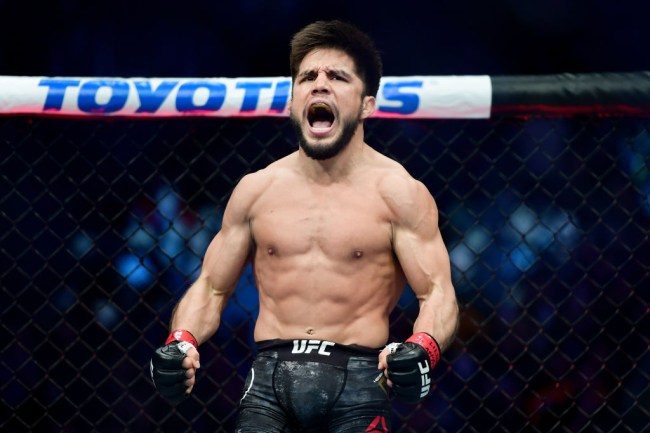 One thing is for certain, on June 8, announcer Bruce Buffer will announce “And New UFC Bantamweight champion” from the center of the Octagon following the UFC 238 main event. Whether it will be Henry “The Messenger” Cejudo or “Magic” Marlon Moraes who has their hand raised is anyone’s guess, but that’s why we tune in to watch the fight, now isn’t it?

The UFC’s bantamweight division is in uncharted territory at the moment, as its the only weight class without a champion. If you need more reason to catch the UFC 238, ESPN is hooking fans up with ESPN+ yearly plan for only $79.99 – over 25% off the original value of $109.98! Because anyone who claims to know how this fight will go down likely has some money on Cejudo or Moraes and is trying to convince themselves that their bet is safe.

With most of the money coming in on Moraes, who’s currently a -130 favorite, it’s tricky to pick a winner in this striker-versus-grappler matchup. Cejudo, who’s pegged as a +110 underdog, is the current UFC flyweight champion after all, and the dude even won an Olympic gold medal in 2008, so seriously, how is he anything other than a live dog? I mean, did you watch Cejudo the last time he fought on ESPN+? He put T.J. Dillashaw’s lights out in 32 seconds.

He also beat Demetrious Johnson: Demetrious. Friggin’. Johnson; something that no other flyweight could ever do. But now Cejudo’s fighting at 135 pounds and everyone wants to doubt him. Perhaps people think he’s gone soft after trying to cozy up to Nikki Bella or all that cringe-worthy salsa dancing he’s been doing with his championship belt.

Truthfully, Cejudo has rapidly developed into a really well-rounded mixed martial arts fighter, adding striking to his world-class wrestling acumen, but people still want to hate. No doubt it’s partially due to the size advantage he’s facing against Moraes, but also, just maybe, it’s because he’s trying to do the whole overplayed champ champ thing after talking a big game about saving the flyweight division from going extinct.

There is another theory as to why “The Messenger” enters the UFC 238 main event as the underdog: Marlon Moraes is a really damn good MMA fighter.

A former champion with the World Series of Fighting, Moraes truly lives up to his “Magic” moniker, delivering the highlight reel knockouts and submissions.

Sure, Moraes did falter in his UFC debut, dropping a split decision to Raphael Assuncao back in 2017, but “Magic” has made good on that loss, avenging the defeat with a swift and seamless guillotine choke over the only man to best him inside the Octagon. And while Moraes, a Brazilian Jiu-Jitsu black belt, knows how to grapple and submit, he also knows that fans love the knockouts, and he gives the people what they want, for example, this stunner of a KO right here:

See, even when he’s not landing the kick he wants, Moraes is still knocking fools out with his knee. That’s kind of better, right? And against a takedown-centric fighter like Cejudo, a perfectly timed knee could end the flyweight champion’s night very abruptly and send “The Messenger” back to 125 pounds. I guess that’s what the oddsmakers are seeing as they handicap this one.

The UFC 238 main event really is one of those pick ‘em fights where both MMA athletes have a clear path to victory. Cejudo could very well take Moraes down and keep this one on the canvas the entire 25 minutes, grinding out some less-than-satisfying win. However, Cejudo has grown into a showman and likely wouldn’t dare deliver one of those lay-n-pray performances. He’s clearly fallen in love with the art of the finish and will attack Moraes throughout the contest. Moraes will do the same, but he’ll keep his distance try to box Cejudo up before slipping out of the pocket to dish out one of those fancy kicks he’s become known for.

In actuality, the fight will be something in between these two scenarios because, well, that’s part of the beauty of mixed martial arts, a sport where because almost anything goes, the variables within are essentially limitless. Like, did anyone really expect Cejudo to beat Demetrious Johnson at UFC 227 last August? Did those same gambling experts give him the rub heading into the debut UFC on ESPN+ event against Dillashaw in January? No. And yet Cejudo continues to win.

But again, there’s really nothing that’s certain in this fight game, save the whole Bruce Buffer “And New” scenario, so I’ll spare you the prediction, other than to say that Marlon Moraes has his own unique style, and he very well could be the perfect storm to end Henry Cejudo’s bid to join Conor McGregor, Daniel Cormier, and Amanda Nunes as the UFC’s fourth champ champ. I guess you’ll just have to tune in to the UFC 238 Pay Per View main card on ESPN+ to find out though, won’t you?