With a Win at UFC 244, Johnny Walker Can Set Up A Title Fight With Jon Jones 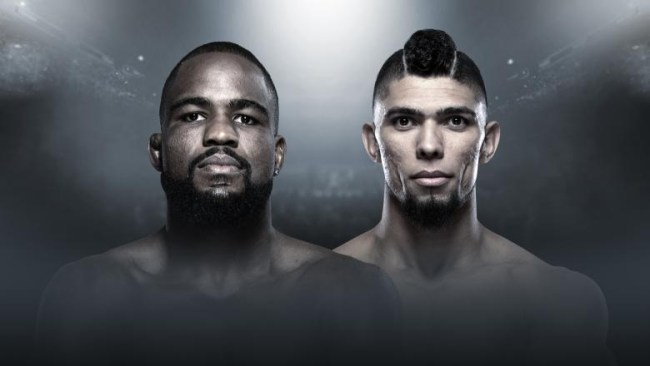 Very few UFC fighters have made a splash quite like the one Brazilian light heavyweight sensation Johnny Walker has during the last 15 months.

In the span of just three fights, Walker, a flashy and entertaining striker from Rio, has completely captivated mixed martial arts loyalists with a smattering of high-risk techniques. From the vicious standing elbows he used to knock out Khalil Rountree and the spinning backfist he unleashed to floor Justin Ledet, to a sneaky accurate flying knee that leveled Misha Cirkunov before finishing the bout with follow up punches, Walker has electrified the MMA audience en masse.

And, with Walker now set to make his fourth proper Octagon appearance on the UFC 244: Masvidal vs. Diaz BMF fight card, it’s more than plausible that the fighter born Walker Johnny Silva Barra de Souza can earn a UFC title shot against Jon Jones. But, Walker has a tough assignment at Madison Square Garden on November 2. He’ll have to look good against Corey Anderson, a suffocating wrestle boxer who is hungry for a title shot of his own.

The stakes, the matchup, and the venue are all perfectly aligned for Walker, and Anderson, to take control of the narrative at light heavyweight, and set up a major clash with Jones in 2020.

Using every bit of his 6’5,” Walker has been lights out since making the leap from the Brazilian run of Dana White’s Tuesday Night Contender Series to the Octagon November 2018.

Starting off on UFC shows in Argentina and Brazil, Walker was an instant hit, making waves for his high-octane performances and jaw-dropping finishes. A pair of Performance of the Night bonuses fast tracked Walker to the Pay Per View circuit.

Making his Las Vegas debut on the UFC 235: Jones vs. Smith main card, Walker took a major step up in competition, but it really made no difference. For the second consecutive fight, he needed less than a minute to completely starch his opponent, and in addition to a third straight Performance of the Night bonus, Walker now put himself in immediate title contention … before taking himself right out, temporarily, while injuring his shoulder during a post fight victory celebration.

Walker would take the next few months to rehab his injury, traversing the globe between the UFC Performance Institute in Las Vegas and guest fighter appearances around the world. In just three fights, Walker made such a name for himself that UFC fans were clamoring to see the Brazilian perform again. And, after a healthy callout of seventh ranked Anderson, it became clear that Walker should fight on the biggest of fight cards, at the most famous arena in sports: a spot on the UFC 244 BMF card on ESPN+ only made sense.

The way that Walker has looked inside the Octagon, it’s tough to imagine any other scenario than some wild finishing sequence, early, that completely takes Anderson, and the audience, by surprise. The finish will likely come by way of some move we’ve never heard of, and can’t even begin to fathom, yet, and Walker will make it look easy. But, then again, Anderson, the more experienced of the two, is no slouch, going 9-4 in the UFC, including winning a season of The Ultimate Fighter.

Anderson, aptly nicknamed “Overtime,” is actually one of the best pure athletes in the light heavyweight division, using his exceptional cardio and output to pressure opponents with boxing before employing the clinch game.

The techniques have helped Anderson to a successful run inside the Octagon, but the style hasn’t necessarily resulted in a high percentage of finishes. In fact, Anderson has only stopped two opponents in the UFC. It’s a big reason why he’s yet to earn a title shot, despite two separate three fight win streaks at light heavyweight.

There’s no doubt that the momentum here is with Walker, who presents unique challenges in the light heavyweight division because of his height and long frame. His unorthodox striking and athleticism are major weapons that have worked, thus far. The key will be to bring all of his tools into the Octagon on November 2 at UFC 244 and utilize them against Anderson, who has a knack for making opposing fighters look pedestrian.

See, just a win over Anderson doesn’t necessarily guarantee Walker a title shot against Jon Jones. Walker is currently in the running for a title shot, but fighters like fourth-ranked Dominick Reyes, an undefeated fighter who is coming off a main event knockout win of his own, and Jan Blachowicz, who fights in November, are all looming near title contention. The only way Walker can punch his ticket to a title shot is with another one of those fantastic finishes that he’s become known for.

Again, the only way to see Johnny Walker fight at UFC 244 is on ESPN+. Tune in to see the UFC’s newest light heavyweight sensation.