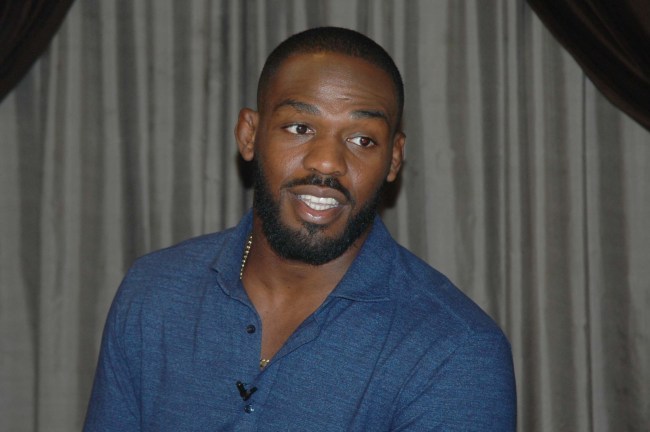 UFC 247 fight day has arrived. Tonight Jon Jones defends his light heavyweight title against Dominick Reyes, returning to the octagon for the first time since defeating Thiago Santos at UFC 239 last July. The stakes are high – Reyes is a formidable challenger and Jones has to win to remain one of “the greatest MMA fighters in the history of MMA fighters.”

Can Dominick Reyes – who is undefeated as an MMA professional – get it done against at UFC 247? As our Dan Shapiro notes, “he’s tall, long, and fast, and really has nothing to lose. It’s a great recipe for chaos in the Octagon.”

Tonight we find out by tuning into UFC 247 stream from Houston, only on ESPN+.

Step 1: The UFC has a deal with ESPN to stream UFC PPVs on ESPN+. It’s easy to sign up for an ESPN+ account so you can watch UFC 247, with Jones vs Reyes in the main event. After you buy the fight on your phone or computer via ESPN+, you can live stream UFC 247 on your TV via a variety of ways. More on that below. 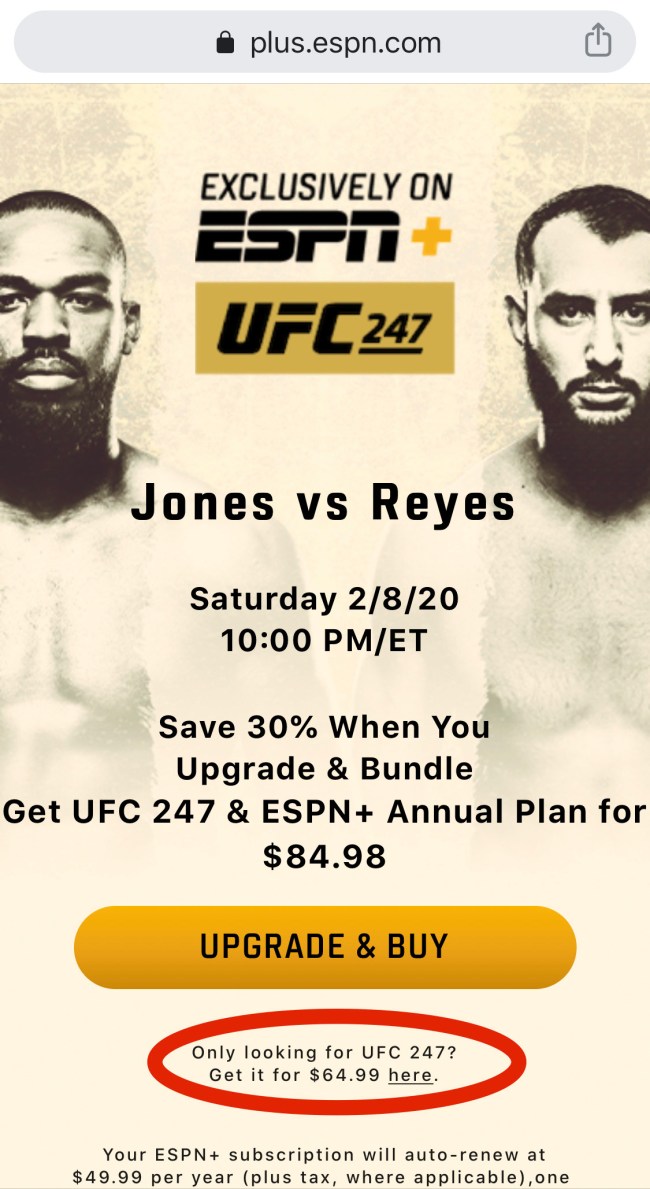 Now that you have ESPN Plus and you bought the UFC 246 PPV, it’s time to tune-in. Here’s how you watch the UFC 247 stream on a number of devices, including the following:

All you have to do is sign into your ESPN+ account that you bought the PPV with. Then you’re all set to stream UFC 247 via the ESPN+ PPV.

Jon Jones has conquered almost every UFC achievement imaginable over the course of his career. Many UFC analysts and fans have long speculated that Jones will eventually move up from light heavyweight to heavyweight – This would allow him to have tougher competition and bigger paydays, in addition to the opportunity to win a second UFC belt.

Despite Jon Jones being a massive -450 favorite, getting past Dominick Reyes will not be easy.  Reyes has incredible power in his hands, along with an excellent kicking game. He’s recorded two head kick knockouts. And Reyes once completely flatlined Ovince St-Preux at the final bell at UFC 229: Khabib Nurmagomedov vs. Conor McGregor, which was the most-watched MMA event in UFC history.

In addition to the Jon Jones vs. Dominick Reyes light heavyweight belt fight, ESPN+’s UFC 247 also features a featherweight bout between Mirsad Bektic and Dan Ige. Derrick Lewis is on the main card as well for a fight against Ilir Latifi.

And Valentina Shevchenko is taking on Katlyn Chookagian at UFC 247 for the world flyweight championship.

Shevchenko is easily the best female MMA fighter on the planet, after Amanda Nunes, so it’s always a blast to watch her in the octagon. 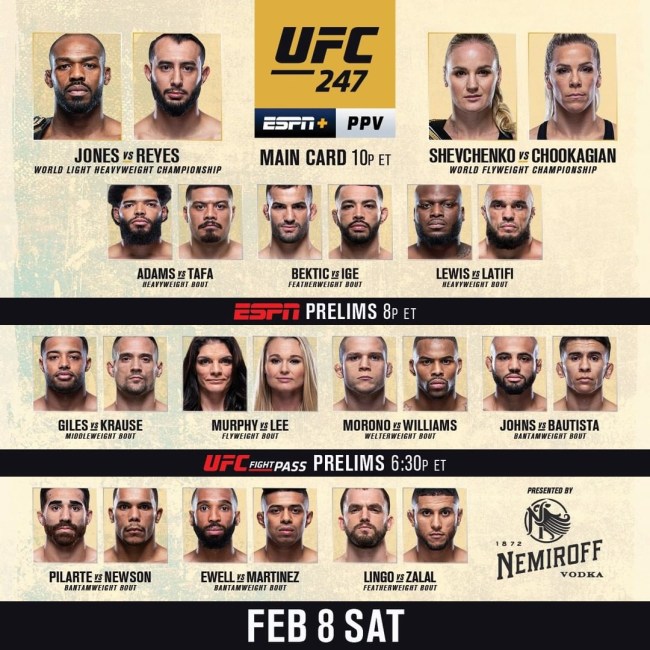 If you’re an MMA fan, you don’t want to miss this.