UFC 258 Live Stream: How To Watch Usman vs Burns Online via ESPN+ 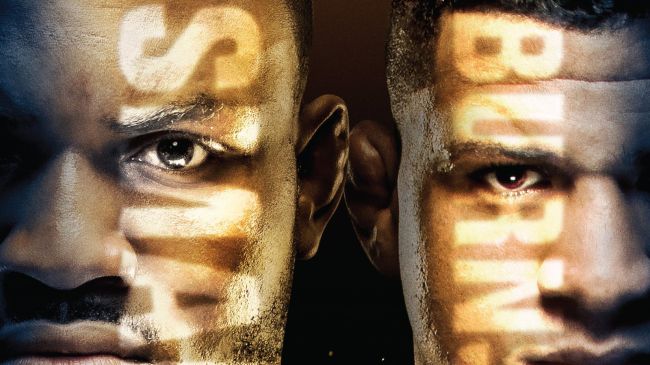 UFC 258 is tonight, live from the UFC Apex in Las Vegas. Can’t think of a better way to spend Valentine’s Day eve than a welterweight war between two accomplished cage fighters.

At 170 pounds, Usman and Burns are finally going to square off after two COVID-19-related delays. This is particularly interesting because the two are former teammates. It’s the third time Usman has defended the belt in two years, including notable PPV bouts with Colby Covington and Jorge Masvidal.

The night’s co-main event features Maycee Barber and Alexa Grasso in a fight for where they stand in the women’s flyweight division.

What a way to spend a Saturday night on Valentine’s Day weekend.

If you’re looking for a free UFC 258 stream, allow us to point you in the right direction to watch UFC 258 online….

ESPN+ is the only place to watch the PPV.

Below, our guide for how to stream UFC 258 online via ESPN+ on all your favorite devices.

It’s easy to sign up for an ESPN+ account so you can watch the UFC 258 live stream. After you buy the fight on your phone or computer via ESPN+, you can steam UFC 258 on your smart TV via a number of different ways.

If you’re wondering what is ESPN Plus before buying the UFC 258 stream, here are those details.

The landing page to stream UFC 258 via ESPN+ looks like this on your mobile device. 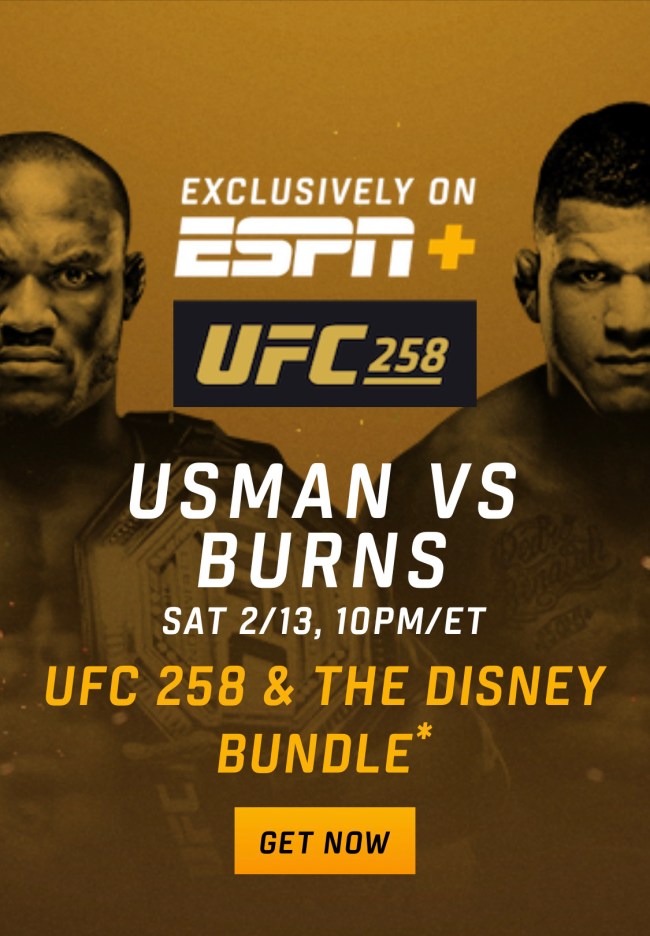 You can watch the UFC 258 prelims live on ESPN+.

First, log-in to your ESPN Plus account. Second, all you have to do to buy the PPV is go to the ESPN+ UFC landing page (right here) and then hit “Already have ESPN+?” You’ll be able to login and buy the UFC 258 stream so you can watch Usman vs Burns in the main event.

How to watch the UFC 258 stream at home:

Now that you have ESPN Plus and you bought the UFC 258 stream, it’s time to tune-in. Here’s how you watch UFC 255 on a number of devices, including the following: