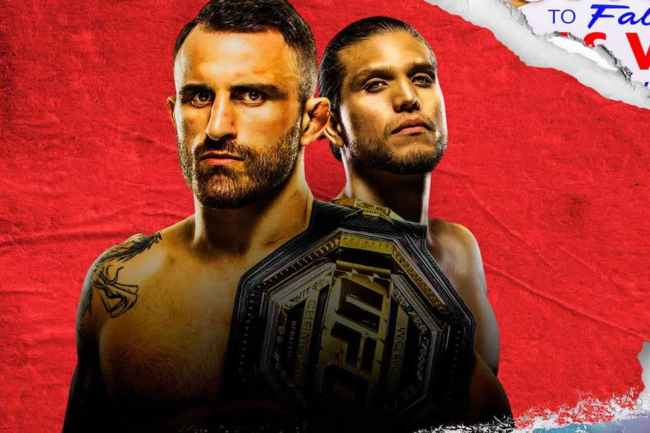 Tonight’s UFC 266 stream is a big one for UFC fans. Dana White and company have a stacked event, featuring Nick Diaz’s long-awaited return to the Octagon and a featherweight brawl as the main event. Here’s what you need to watch online.

At age 38, Nick Diaz finally returns to the UFC for a five-round non-main event at UFC 266 in Las Vegas. It’s a long-time coming, with Diaz last fighting on January 31st 2015 against Anderson Silva at UFC 183.

For his return, Diaz will be taking on Robbie Lawler II in the third fight on the PPV. As of this writing, Nick Diaz is currently a +135 underdog for the bout.

If you’re planning to watch the UFC 266 live stream, Nick Diaz is scheduled for 10:45 p.m. ET, depending on how things shake out for the first two fights on the card.

At the top of the card, UFC featherweight champion Alexander Volkanovski will defend his title against Brian Ortega.

If you’re not heading to a bar or watching with friends, allow us to point you in the right direction for the only place to watch UFC 266 online:

Below, our guide for how to watch the UFC 266 stream online via ESPN+, on all your favorite devices.

How to watch the UFC 266 stream via ESPN+

Step 1: As you probably know by now, the UFC has a deal with ESPN so fight fans can watch UFC PPVs via ESPN+.

It’s easy to sign up for an ESPN+ account so you can watch the UFC 266 stream. After you buy the fight on your phone or computer via ESPN+, you can stream UFC 266 on your smart TV in a number of different ways.

The landing page to stream UFC 266 via ESPN+ looks like this on your mobile device:. 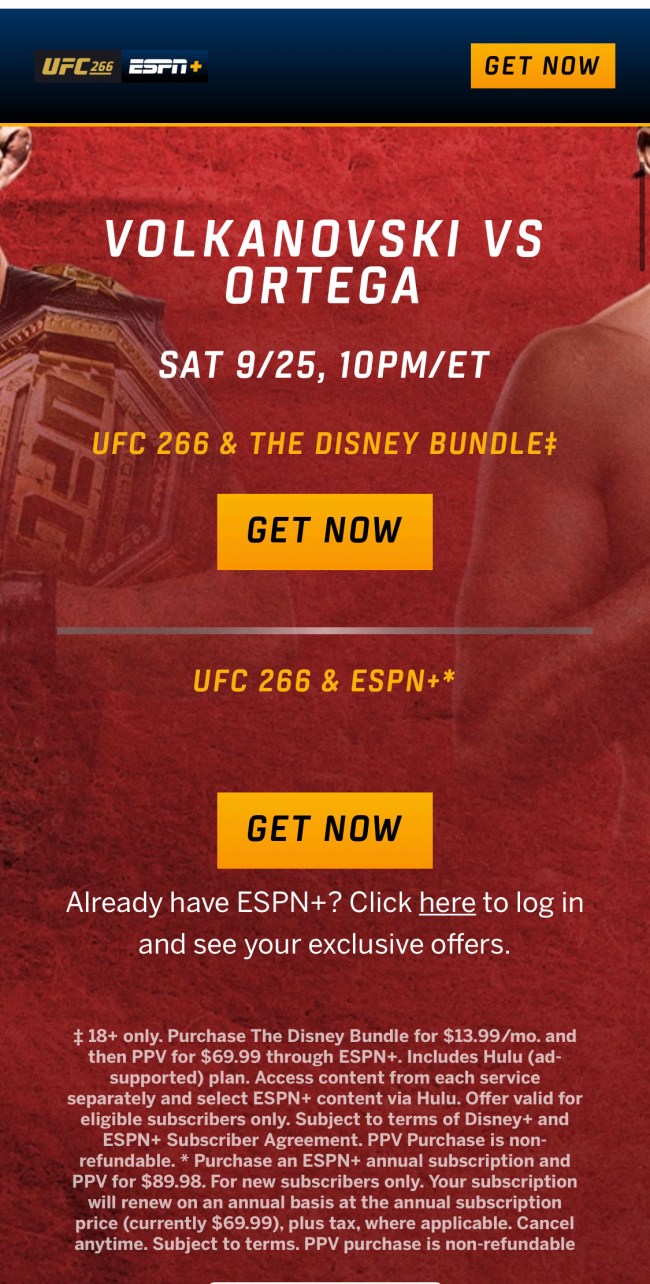 You can watch the UFC 266 prelims live on ESPN+.

You’ll be able to login and buy the fight so you can watch Volkanovski vs Ortega in the main event.

How to watch the UFC 266 stream at home:

Now that you have ESPN Plus and you bought the UFC 266, it’s time to tune-in and watch the stream. Here’s how you watch UFC 266 on a number of devices, including the following: