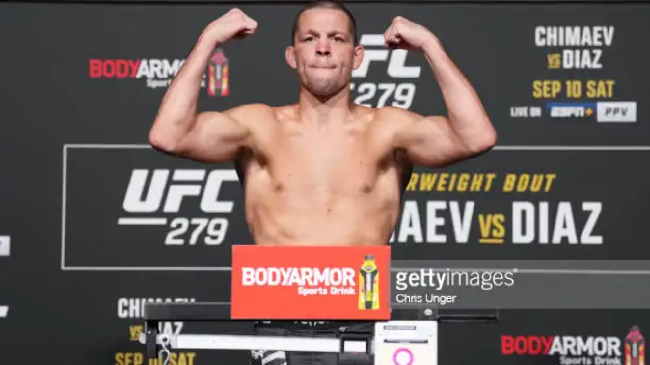 The UFC has a real mess on its hands ahead of UFC 279.

Earlier today, Khamzat Chimaev, who was supposed to fight Nate Diaz in this weekend’s main event, missed weight by 7.5 pounds.

The weight miss left them scrambling to figure out what to do with their main event, especially as Nate Diaz no longer wanted the fight after the weight miss. The fight between Diaz and Khamzat has since been cancelled, leading the UFC to begin seeking out a new opponent for Diaz.

Another source inside Diaz’s camp has told me the “Khamzat fight is officially OFF.” They add Diaz and the UFC are currently negotiating to fight a new unnamed opponent, with Ferguson likely the lead front runner for that. But there’s a chance he doesn’t fight at all. #UFC279

Now, Dana White has revealed how the UFC has shaken up the card. During an Instagram Live on the UFC’s account, White announced that the main event would be Nate Diaz vs Tony Ferguson, Khamzat Chimaev will take on Kevin Holland, and Li Jingliang will fight Danial Rodriguez. Diaz-Ferguson and Khamzat-Holland will both be 5 rounds.

While this keeps the UFC 279 card together, it will make an already weak card look even worse for the fans that are being asked to pay $75 to watch it.

Tony Ferguson and Nate Diaz have been fan-favorites for years thanks to their exciting styles and would likely put on a show for fans, but both fighters are past their primes and have rarely found success in the cage in recent years.

Fight fans will surely be glad to get some kind of action this weekend, but this card is starting to feel like it should be coming with an ESPN+ subscription instead of a pay-per-view price tag.