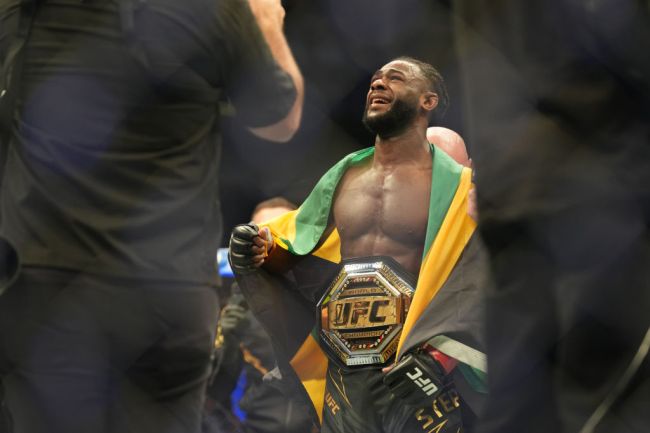 UFC 280 is quickly shaping up to be the UFC’s biggest fight card of the year. It had already been revealed that Charles Oliveira would be taking on Islam Makhachev for the vacant Lightweight title and Belal Muhammad would meet Sean Brady in the Welterweight division. Now, they’re adding a couple more big fights to the card.

Over the last 24 hours, the card has gained a pair of huge fights in the UFC’s bantamweight division. First, Yahoo Sports’ Kevin Iole reported that a Bantamweight title fight between Aljamain Sterling and TJ Dillashaw would be moved to the October 22nd event.

Dillashaw fighting for the bantamweight title seems like a bit of an odd choice for the UFC. He has only fought once since being suspended after being stripped of his belt because he tested positive for EPO. That fight was a contentious split decision win over Corey Sandhagen.

In his most recent fight, Sterling successfully defended his title in his first fight as the division’s champion, defeating Petr Yan by split decision.

Yan was revealed to also be fighting at UFC 280 today when Sean O’Malley told Ryan Clark that Yan would be his next opponent.

.@SugaSeanMMA announced during an interview with @Realrclark25 that he will fight @PetrYanUFC next at UFC 280 in Abu Dhabi 📍 pic.twitter.com/MDiRGLZNuW

Sean O’Malley gets a huge step up in competition despite the fact that he didn’t look all that great against Pedro Munhoz in his most recent fight before the fight was stopped because of an eye poke.

Meanwhile, Petr Yan will attempt to bounce back from the first real loss of his UFC career in a major step down after competing for a belt in each of his past 4 fights.