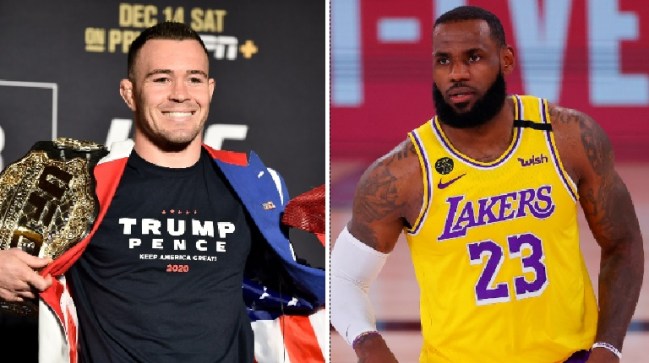 UFC’s Colby Covington has been blasting LeBron James on social media for the past week but it turns out that he might have actually rooted for LeBron at one point in time.

After UFC Vegas 11 on Saturday, Covington called out “woke athletes” like LeBron during his postfight interview.

Covington went on troll LeBron by bringing up an old rumor about LeBron’s former teammate Delonte West having an affair with his mother Gloria James.

Despite all the recent hate, Covington seemed to have been a fan of LeBron while he was in Cleveland.

The Internet thought it was funny that Covington once rooted for LeBron after everything he’s said about him in recent weeks.

Dear Lebron, I wrote you but you still ain't calling https://t.co/LiUrirafQN pic.twitter.com/JhQ2271biJ

So you secretly a LeBron fan? pic.twitter.com/M12T9VOm4Y

You are literally a fan lmaooooooooo