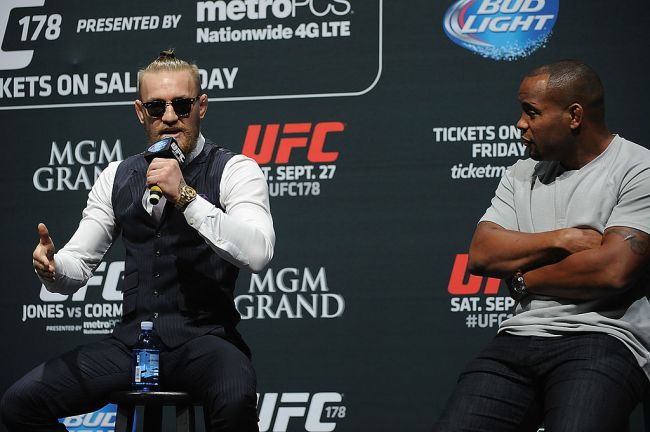 UFC commentator Daniel Cormier has found himself in a war of words with MMA superstar Conor McGregor.

For the past week, McGregor has taken aim at Cormier for criticizing his antics on social media after his latest loss to Dustin Poirier. 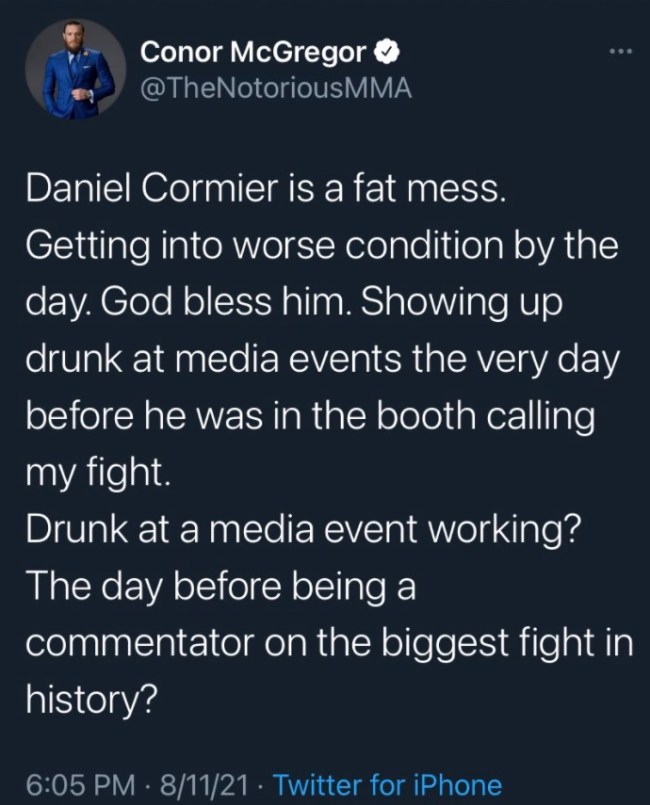 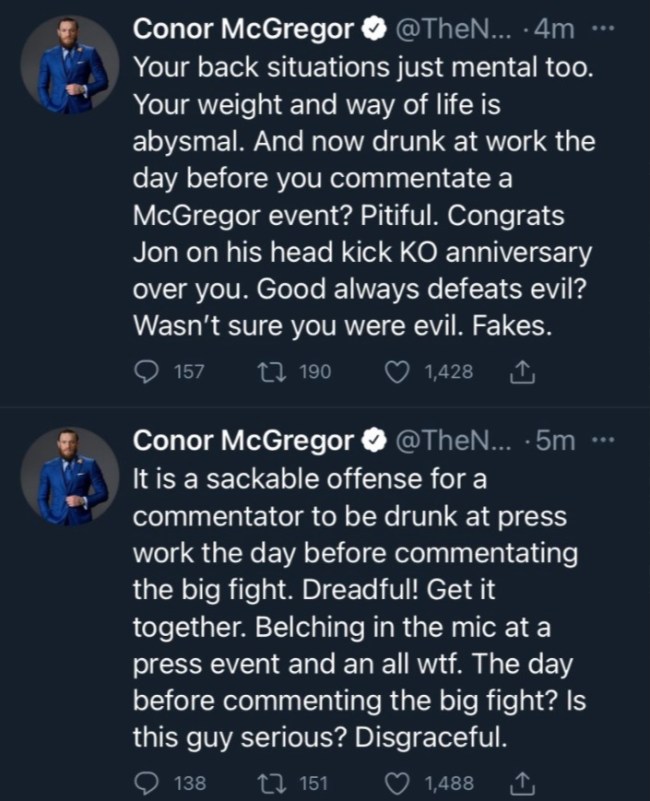 A fed-up Cormier fired back at McGregor in the latest episode of his podcast and told the Irish MMA star to “worry about the dudes that keep beating your ass.”

Via DC and RC podcast

“I’m not the guy you’ve got to worry about fighting,” Cormier continued. “I’m done. I’m retired. I’m living my best life. You need to worry about trying to beat the guys that you fight against. Get off the internet. I don’t hate this dude, but McGregor, fall back.”

“The reality is, McGregor is a high-level fighter, but when I said it was a cry for help, I did it with no ill intent,” “This was just me saying, find some people that are willing to step up and say, ‘Hey man, let’s get everything right.’ But the reality is, I don’t need to be friends with Conor McGregor. So I really don’t care what he says about me personally. I’m going to continue to do my job. And where he deserves praise, he’ll get praise. Where he deserves to be critiqued, he will get critiqued.”